Five years is not long considering how some actors spent a quarter of their lifetimes learning the craft. In celebration of our 5th year anniversary, I am tasked to come up with a list of actors who I consider the best representative of Japanese movies and drama – yesterday and today. Unlike the 100 Contemporary Japanese movie list, there is a ranking here, and an acknowledgment of each actor’s contribution to cinema – as inspiration, as role models, as provocateurs, as spokesmen for worthy causes or simply for the ability to make people laugh, happy, angry, and cry.

While some who are new to the Japanese movie/drama scenes are aghast, surprise, shock, annoy and amuse on the seemingly “overacting” nature of certain Japanese performers, it says a lot also about the other side – the subtle and understated acting of some of its best.

In this 100 list, we have both and #deadfisheyes too!

What makes these actors worthy? They represent the best and the worst of the Japanese. They allow outsiders like you and me glimpses of what it’s like to live in Japan – to breathe its air, follow its culture and tradition, sample the food and smell the flowers, interact with fellow locals, practice religion, hold the samurai, honor their Emperor, and just about any mundane, simple things in life as we do ourselves.

I’m sorry for being too dramatic here, but I want you to celebrate with me and get to know more about them! Following my treatment of 100 Contemporary Japanese films, where the selection is mostly focused on recent films, I’m limiting the senior actors and will have a full blast of new faces!

In this introduction, I’m paying homage to the great Japanese actors of yesteryears – the inspiration of some of the actors in the 100 list – which we’ll feature in the next part. 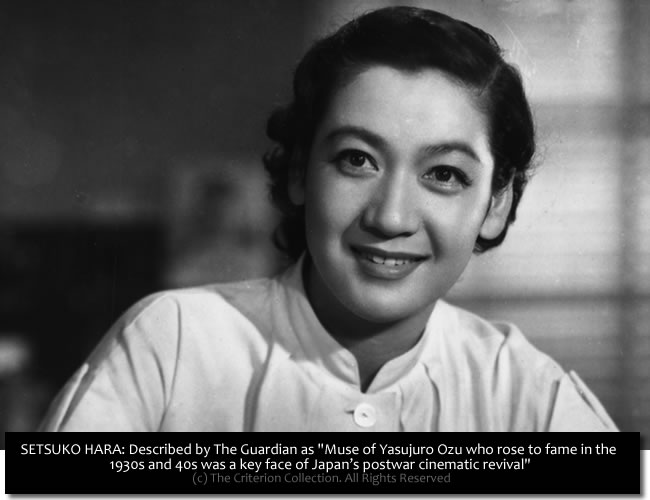 Setsuko Hara is a legendary Japanese actress. If you want to study a bit of Japanese movie history and the great filmmaker Yazujiro Ozu, then you must watch Tokyo Story, where Hara is one of the stars.

In Tokyo Story, Hara plays the daughter in law of an old couple who went to Tokyo to visit their children. Living separate lives, the couple’s now matured kids ignored and treated them shabbily. However, it was only Hara’s character who showered them with love and affection.

Tokyo Story – routinely hailed as one of the best films ever made – that can never be forgotten once seen, and Setsuko Hara’s exquisite performance is surely a vital part of what makes this film Ozu’s masterpiece. It is about an elderly married couple who make the tough journey to the big city to visit their busy grown-up children, only to find that they have no time for their parents, and the only person who does is their daughter-in-law Noriko, played by Hara. She is the widow of the son who is still listed missing presumed killed in the second world war. This vulnerable old couple are the only link she has to her husband: they are the only people it makes sense for her to love, and she appears to be the only person who loves them. Her desperately polite smile, her dignity and the quiver of heartbreak in her voice are absolutely captivating. I defy anyone to watch this film and not feel simply overwhelmed with a kind of love for Hara – however absurd that may sound. [ source ]

Setsuko Hara died on 2015 and there were a lot of tributes from movie fans exulting her qualities as an actress. Watching her in Tokyo Story and Late Spring, I am reminded of the power of cinema and how a character can influence and inspire.

According to Kinema Junpo, the best actors from Japan are dead already… So we may need to travel back in time to start this journey, so to speak…

The top 5 Best Japanese Actors are:

I knew Mifune since a lot of his films were a collaboration with acclaimed filmmaker Akira Kurosawa.

Part of his wiki profile says:

His imposing bearing, acting range, facility with foreign languages and lengthy partnership with acclaimed director Akira Kurosawa made him the most famous Japanese actor of his time, and easily the best known to Western audiences. He often portrayed samurai or ronin who were usually coarse and gruff (Kurosawa once explained that the only weakness he could find with Mifune and his acting ability was his “rough” voice), inverting the popular stereotype of the genteel, clean-cut samurai. In such films as Seven Samurai and Yojimbo, he played characters who were often comically lacking in manners, but replete with practical wisdom and experience, understated nobility, and, in the case of Yojimbo, unmatched fighting prowess. Sanjuro in particular contrasts this earthy warrior spirit with the useless, sheltered propriety of the court samurai. Kurosawa highly valued Mifune for his effortless portrayal of unvarnished emotion, once commenting that he could convey in only three feet of film an emotion for which the average Japanese actor would require ten feet.

Aside from playing the leads in most of Akira Kurosawa’s acclaimed films, Mifune has an important – if not – influential role in the Star Wars franchise of George Lucas. His daughter was quoted as saying:

“I heard from my father that he was offered the role of Obi-Wan Kenobi, but he was concerned about how the film would look and that it would cheapen the image of samurai, on which George Lucas had based a lot of the character and fighting style,”

The incredibly talented Yuko Tanaka was Ken Takakura’s leading lady in Dearest (Anata e (あなたへ). The movie is the last project of Takakura who died in 2014. 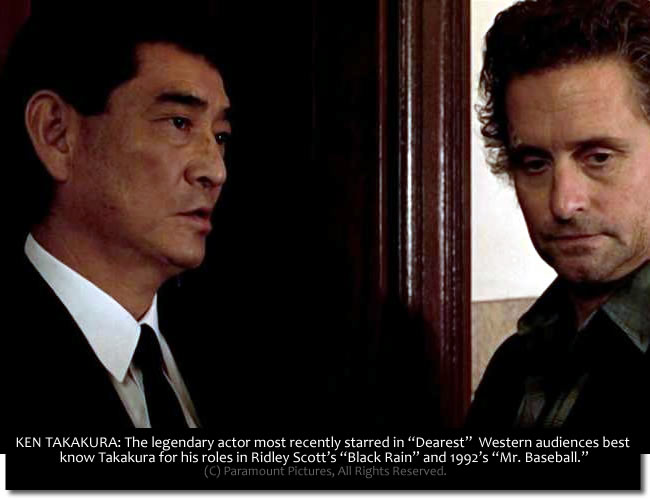 You May Have Missed: The 12 Best Ken Takakura Movies You Need To Watch http://t.co/7cCNmq7KT4 pic.twitter.com/5jRCF9lfaC

If we’re to look at the roster of Best Actor winners at the Japan Academy Prize, then you’ll notice that it was Ken Takakura who won the acclaim more than any other Japanese actors – Takakura won the award 4 times:

In Part 2, we celebrate the 100 Japanese actors you need to know!