The second trailer for Jojo’s Bizarre Adventure: Diamond is Unbreakable is released by Warner Bros. Japan just a few minutes ago. The 1 minute, 30 seconds trailer is already garnering a lot of attention and buzz! Suffice to say, it’s Yamazaki Kento’s overwhelming popularity ( not my word, but the description bestowed upon him by the official channel itself) is doing wonders to his latest character – the fearless and confident Higashikata Josuke!

A lot has been said about inferior special effects from the Japanese, but it seems we have a big winner in this latest live-action film from Warner Bros. and Toho. The trailer right after the jump! 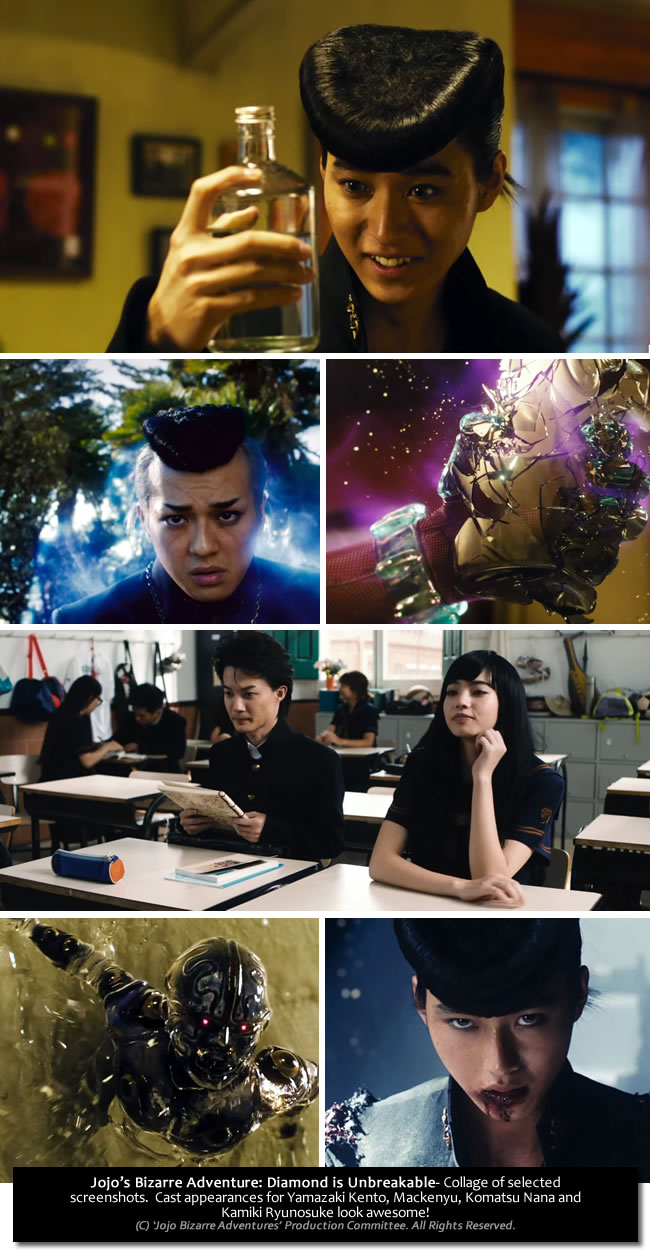 There’s plenty of action and drama, enough to whet anyone’s appetite. The physical transformation of both Yamazaki and Mackenyu are the most obvious, but Kamiki Ryunosuke might be the scene stealer when everything has been said – after all, how can anyone outact the ‘Kimi no na wa’ voice actor?

But of course, this is Yamazaki’s movie and the spotlight is on him. Much is at stake – not only the pressure to do good at the box office but perhaps on a personal level, this might be the movie to propel Yamazaki further as one of Japan’s top box office draw.

Aside from Satoh Takeru, no other young actors are as heavily favored (and invested) as Yamazaki, with Kubota Masataka (his co-star in Death Note), Fukushi Sota and Yamada Ryosuke also staking a claim as among Japan’s box office stars.

More about the movie here.