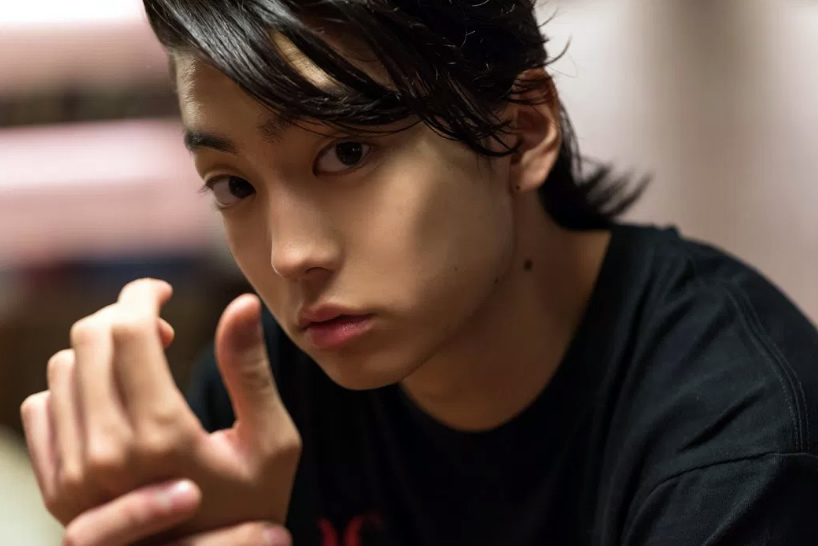 Kentaro is one of 2017’s rising stars and is probably its biggest. With a lead role in Demekin, and a major drama show with Kuroshima Yuina in Ashi-Girl.

Kentaro’s Demekin follows the tradition set by such films as the Crows Zero franchise, where the young male lead is transformed. In an interview with Cinema Today, Kentaro notes of the absolute difference between his character and himself. Attending a rather cozy high school, with some good friends, his Masaki role is opposite. But the fight scenes are adrenaline-filled!

Masaki Sata (Kentaro) is teased and bullied as a child. Due to his appearance, he is nicknamed “Demekin” (popeyed goldfish). He decides to do something about it – he trains and eventually became unbeatable in fights. His red hair also became a trademark. Sata and his buddy Atsunari (Yamada Yuki) spends their days fighting and riding motorcycles.

After middle school, Masaki Sata went on to high school and Atsunari begins to work at a ramen restaurant. One day, Atsunari comes up with the idea of starting a motorcycle gang with his friend. What awaits them are rivals and enemies.

While a bit cheesy and ‘complimented’ with over-the-top acting, Ashi-Girl features some amazing on-screen chemistry courtesy of Kuroshima Yuina and Kentaro.

Yui (Kuroshima) is a 16-year-old girl who is known in her school a fast runner. She accidentally goes back in time to the Warring States era. After struggling with her current reality, she became a most trusted foot soldier and protects a young prince (played by Kentaro).

The drama is in its 8th episode and is expected to end after the 12th.