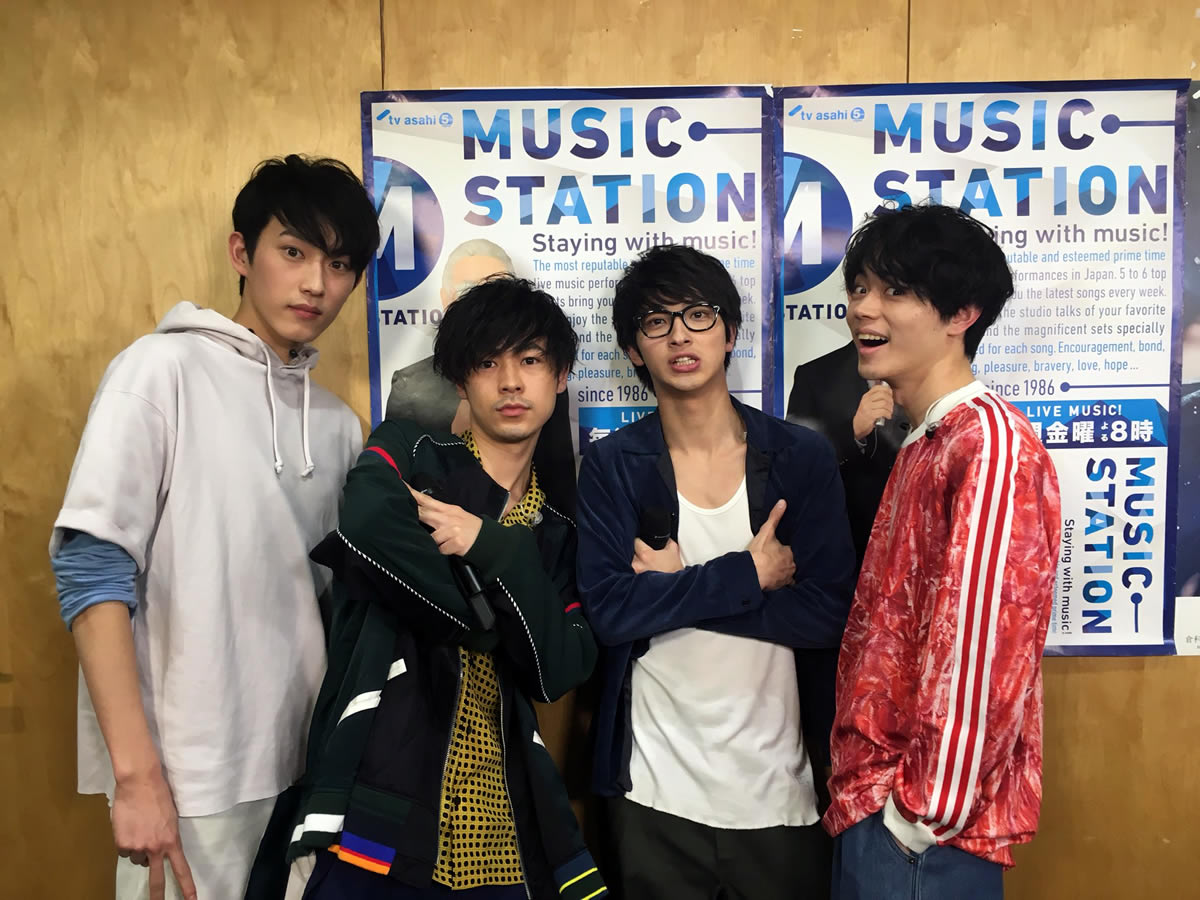 Kiseki: Sobito Of That Day recounts the birth of GReeeeN, the boy band whose faces remain unknown to this day, even to fans. Directed by Kaneshige Atsushi, it stars Matsuzaka Tori and Suda Masaki.

Aside from essaying the band’s meteoric rise, Kiseki narrates the story of two brothers who are passionate musicians but with opposing mindset and personality.

Jin (Matsuzaka) is the temperamental leader of a metal boy band. Hide (Suda) is the cool-headed younger bro. Hide likes to write inspiring, down-to-earth songs that resonate with ordinary people. Jin has loftier, ambitious goals. But is “outdated and knows little of the music industry”, says one record executive.

Jin’s band failed to take off just as predicted.

Despite a short musical career, it was Jin who floats the idea of the band’s name, thus giving birth to GReeeeN. Hide, Navi (Yokohama Ryusei), Kuni (Narita Ryo) and Soh (Sugino Yosuke) are all dentistry students, thus it was a spontaneous decision to play music together. Everybody refers to Hide as their leader, so there’s little bickering or jealousy if at all.

There was an instant connection between the boy band and the public. To say that their songs are infectious is an understatement. It went on to conquer the Oricon charts and sold millions of copies.

Kiseki follows a long tradition of Japanese boy band films. Beck and Bandage come to mind for sharing certain elements. While there is something mystical about the film’s predecessors, Kiseki is more in-your-face. It’s also practical and modern. It may be called ‘promotional’ (as opposed to autobiographical), yet the depiction of Jin and Hide and their conservative family lend credence to its serious tone.

It was more than 5 years ago since The Boy Inside. Back then, Suda literally looks up to Matsuzaka as acting mentor. In Kiseki: Sobito Of That Day, Suda remains the protege, yet they are now first among equals.

Matsuzaka’s Jin is mercurial and suits the actor’s on-screen persona. He’s always been a charismatic actor, to begin with. Suda’s Hide wants to finish school and become a dentist. Music is a passion that can take a backseat. The restraint of Suda’s performance gives hope that he can do understated acting and remain ‘cinematical’.

It’s the chemistry between them that made for a compelling film. But even that failed to make a strong impact. With a running time of 111 minutes, certain scenes could have been taken out. Instead, it dilutes what could have been an absorbing film about music, a boy band, and their rise to fame. Afterall, it’s all just that.

One thought on “Kiseki: Sobito Of That Day ‘Kiseki – Ano Hi no Sobito’ [Movie Review]”