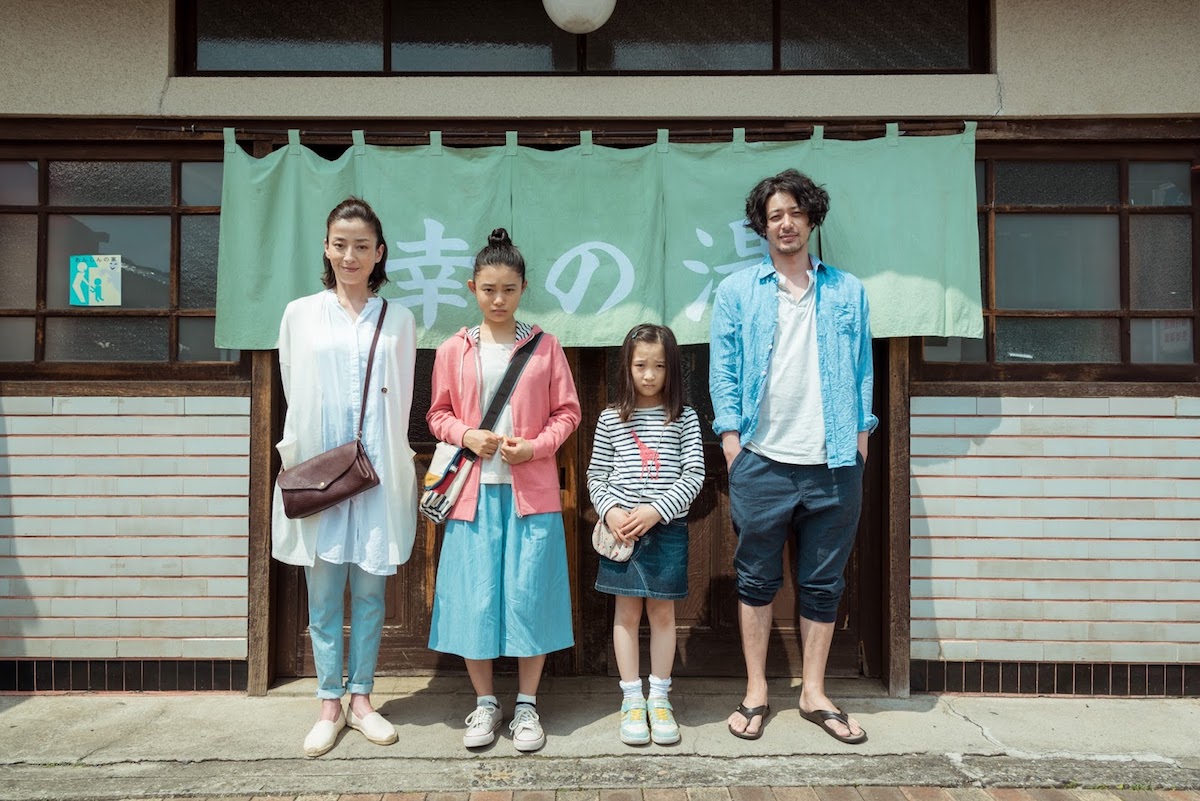 Notwithstanding the unusual title, Her Love Boils Bathwater, is an intensely dramatic film, yet subtle in revealing the secrets of the Kono family. Bathwater is as much a family drama as it is a woman’s journey towards death and remembrance.

Futaba (Miyazawa) is a determined single mother of Azumi (Sugisaki). One day at work, she collapsed and later discovered she only has a few months to live. She has cancer and it has metastasized throughout her body. She worries about Azumi, who is constantly harassed and bullied at school. She must plan for the future of her daughter even if that’s the last thing she has to do.

While Azumi is her main priority, she is determined to bring back her husband. Kazuhiro (Odagiri Joe) left her for another woman. Hiring a private investigator, she located the man and reveals her terminal illness. Kazuhiro also reveals that he has another daughter, Ayuko (Ito Aoi) and her mother has disappeared.

The four members of the Kono family must now work together to resume the family’s bathhouse and prepare for her untimely departure.

Ryota’s directorial style is characterized by intuitiveness. The director also has a desire for genuineness – there are no theatrics or hysterics in the film. His characters are flawed, selfish, and inconsistent just like any ordinary human being. Those ‘qualities’ made them real and affecting.

Having seen the trailer a few months ago, I already have the impression that viewers are going to cry and I was right. Unlike other films that explore terminal illness and how to cope with death and tragedy, Bathwater is surprisingly funny. Ryota, obviously, respects the intelligence of his audience – by not assuming they can’t handle hints and clues.

On the acting front, this movie is an extravaganza! Miyazawa Rie took home her third Best Actress trophy from the Japan Academy for her performance as Futaba. While many feel sentimental about her first win for The Twilight Samurai, Bathwater is the realization of Miyazawa’s relative greatness. Her Love Boils Bathwater features many scenes that allowed the actress to reveal her character – to open her heart and soul.

The line, “I don’t want to die” was written in the screenplay. But the other thing Miyazawa Rie (the one who portrayed Futaba) said, “I want to live. I want to live.” That part wasn’t in the script but Miyazawa was really in character and said it from within. She was being Futaba in that exact moment.  [source]

Sugisaki Hana has also received an acting trophy from the Japan Academy. She won the Best Supporting Actress award. While Miyazawa’s character – Futaba – is strong and resilient, Azumi is shy and passive. But facing her first real challenge in life, Azumi can be as strong and determined as her mom. Plenty of dramatic scenes for Sugisaki to shine, and she’s a perfect match to Miyazawa.

The male characters – Kazuhiro (Odagiri), Takumi (Matsuzaka Tori), and Takimoto (Suruga Taro) – are overshadowed by the two main female characters, but it works perfectly for the film. Bathwater is, after all, about a strong, independent woman.

For those who prefer light comedy with romance and lots of laughs, Her Love Boils Bathwater seems unappealing, but I invite you to watch it – you’ll realize that some movies are also meant for serious reflection.