Live action adaptations have always been a thing Japan has been known for. That’s just a fact. Whether or not people would complain about a “sudden” surge in adaptations, in-between the original content and novel adaptations alike, there’d always been at least some projects based around manga/anime. Some clearly turned out better than others, but that’s besides the point.

Japan wouldn’t be Japan, I guess, without them. The first few movies I saw as a kid were based on novels (Battle Royale, Ring), and I’m pretty sure I wouldn’t be able to come up with more than five standalone movie projects in the span of five minutes. I guess there’s Love Exposure? SPEC?  Lately though there hasn’t been a week that’s gone without news of a new project, or at least a cast reveal. It can’t just be me who’s been wondering when the rush of LAs – which clearly started a few years ago – will end, or at least slow down. But I guess when you have a near bottomless pit of base material, you won’t ever really run out of ideas.

With such a big industry focusing on manga and its adaptations, it’s no surprise that a lot of famous and upcoming names in the acting profession have been part of at least one or two projects throughout their careers. Some of whom eventually becoming almost synonym with said projects. Ask your average movie viewer to name you any projects Fujiwara or Matsuyama were in and Death Note will come out on top without a doubt. Oguri Shun? I remember the days where everyone just immediately went HanaKimi or Hana Yori Dango as a reaction to hearing his name. Same counts for Ikuta Toma, tbh. So what would happen if we pull that phenomenon to the future, and look at today’s industry. The acting scene has never seen more names and faces as there are now, and with it obviously come new poster boys and girls for all kinds of projects.

While Sato Takeru’s Rurouni Kenshin (Takei, Iseya) seems to be one of the top contenders for that from my point of view, it was certainly not the actor’s first role in an adaptation. Through the years the now 28-year-old Amuse star has gathered a strong collection of leading roles with Beck, Kano-uso and Bakuman only being a few of them. The latter of which also stars Kamiki Ryunosuke, one who needs no further introduction when it comes to bringing manga characters to life. Think Rei in Sangatsu no Lion or Kenshin’s Seta Sojiro, and Koichi in the upcoming Jojo (Okada, Yamazaki). Kamiki’s junior Yoshizawa Ryo has also had his fair share of manga-related projects since his debut in 2010 with a first movie lead in alongside Suda Masaki (Death Note, Oboreru Knife) and Nomura Shuhei (Sakurada Reset, Litchi Hikari Club) in 2013’s Danshi Koukousei no Nichijou. Though that’s certainly not the only one on the list of Amuse’s new It-boy who has (side)roles coming up in this year’s Gintama (Suda, Oguri), Saiki Kusuo no Psi-nan (Yamazaki, Kaku), and Tomodachi Game (Yamada Yuki).

On the other side, Stardust’s Yamazaki Kento alone has been a lead boy in no less than eight adaptations since 2014, three of which still planned for release later this year. Agency-mate Nakagawa Taishi clearly took an example of it, having taken on multiple roles in LAs himself since 2015. His first leading movie roles for 2017 – as Kira in Kyou no Kira-kun, and Kaizaki in ReLIFE – are highly anticipated while Sakamichi no Apollon is being filmed as we speak. Other Stardust talents such as Yamada Takayuki, Yagira Yuya, Okada Masaki, Hongo Kanata, Hayashi Kento, and many more have followed the same tracks before and alongside them, and will surely continue doing such as their careers move on. All the while the younger crew consisting of Komatsu Nana, Nagano Mei, and Kitamura Takumi, among others, will only continue following in their footsteps. 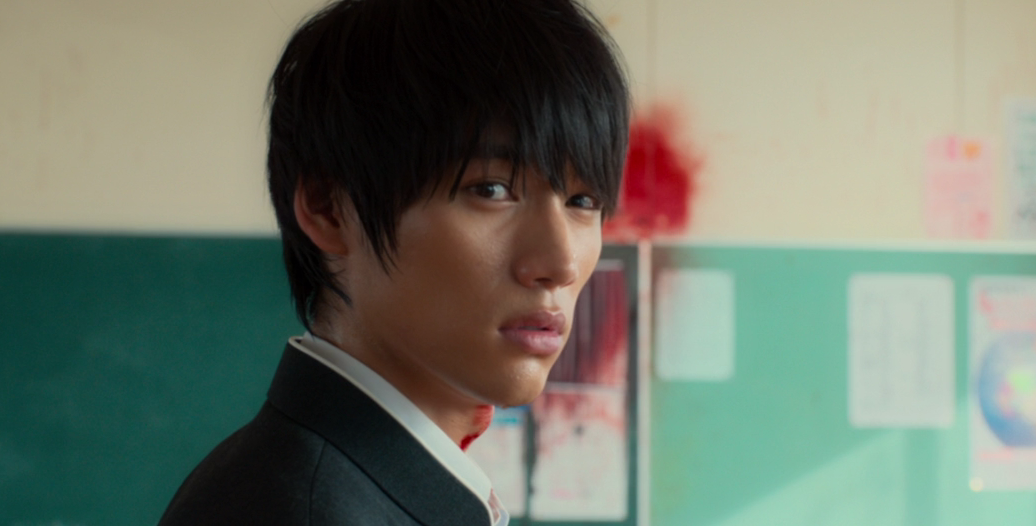 Even though with that it’s clear that both Stardust and Amuse actors take away a lot of the open spots in adaptation-castings – Does Kanata ever even do anything else? – we can’t forget about all the others. The Hirose sisters are going strong with Silver Spoon (Nakajima), Chihayafuru (Mackenyu, Nomura), and Shigatsu wa Kimi no Uso (Nakagawa, Yamazaki), while Chiba Yudai (Ajin, Ouran High School Host Club) is clearly no newcomer when you go down his list. Tsuchiya Tao has grabbed a hold of quite a few shoujo adaptations, including Orange (Yamazaki, Sakurada, Ryusei), and the recent Ani ni Aisaresugite Komattemasu (Katayose, Chiba) while Kiritani Mirei has Kimi ni Todoke (Miura Haruma), and Assassination Classroom (Yamada, Suda) up her sleeves. I could go on and on mentioning just about everyone from Okayama Amane (Gassoh, Setoustumi), to Sometani Shota (3gatsu no Lion, Parasyte) or even the likes of Fukushi Sota (Donten ni Warau, As the Gods Will) and Yamada Yuki (Strobe Edge, Tomodachi Game), but I prefer to not turn this into a page of references and encyclopedia-like inserts.

What makes or breaks the projects?

Live actions can easily be a hit or miss and, as with most I’ve watched in my life, usually end up being the latter. Sure there’s exceptions, like when you get a director or crew who actually cares for the project, as well as a cast that shows some love for the roles they’re playing, but in most cases it’s a mess before it ever sees its release. The recent Death Note wasn’t their most amazing effort and let me just try and forget the SnK movies exist.

Directors and writers aside, a lot of it stands or falls with the choice of cast. Put a kid with the emotional dimensions of a puppy in the character of a serial killer and you’re asking for disaster. A squeaky lead girl in a strong woman role wouldn’t convince a lot of people either. Upcoming Fukumenkei Noise already seems on the verge of failure as its cast reveal showed us a 178cm tall Shison Jun as a character whose 156cm height is considered a plot point. I wouldn’t have minded Fukushi Sota’s casting as oldest brother Tenka in Donten ni Warau so much if the guy would have actually shown some improvement in the past years, and Ishida’s choice to let Kubota Masataka take on Kaneki Ken in Tokyo Ghoul makes question marks pop out of my head. No, a wrong person in a role can ruin the feel of a whole project, no matter how good the directing or writing of said work is/will be.

So, with all these new and old projects passing by me the whole time, I’ve been wondering: what do PD’s readers want? Are there any roles you think would only fit a specific actor? Which would be your future dream casts? Or are you like me, and will you forever be bitter about certain (mis)casts for already existing productions? – I mean, come on, if anyone could naturally be Kaneki, it’s Kanata, no? And don’t even get me started on Ao Haru Ride’s Kou.