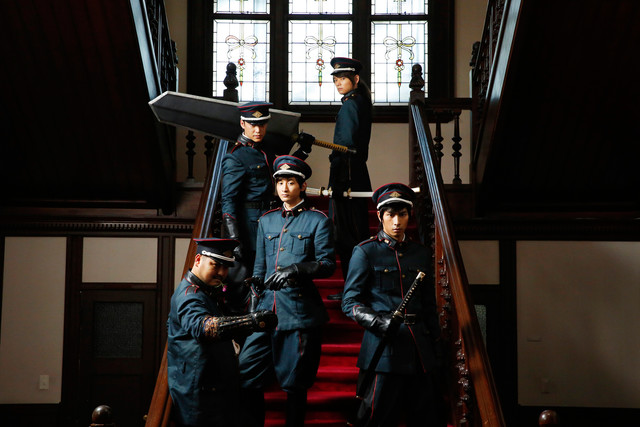 The highly-anticipated Donten ni Warau (Laughing Under the Clouds) live-action will have a drama spinoff before the actual movie launch.

He and other young men were charged by the government to capture the Orochi’s vessel (a giant spirit/demon snake which descends upon earth every 300 years). He is Tenka’s (Fukushi Sota) childhood friend and Soramaru’s swordmaster.

Other members of the squad are:

As a backgrounder, here’s a premise to the whole Laughing Under the Clouds saga:

In 1878, the Meiji Restoration occurred. Because of this, the country faced many criminals, such as samurai rebelling against their fallen positions. Many were arrested, but they soon broke out of their jail cells and rampaged across Japan. Therefore, the government did their best to prevent this by building a giant prison in the middle of Lake Biwa. However, to get these criminals to the prison, they needed a form of transport. In this way, the Kumō brothers were given the responsibility to take these criminals to their final resting place.

Spinoff to broadcast under Abema TV Drama channel in January 2018. The live-action movie is for release in March 2018.