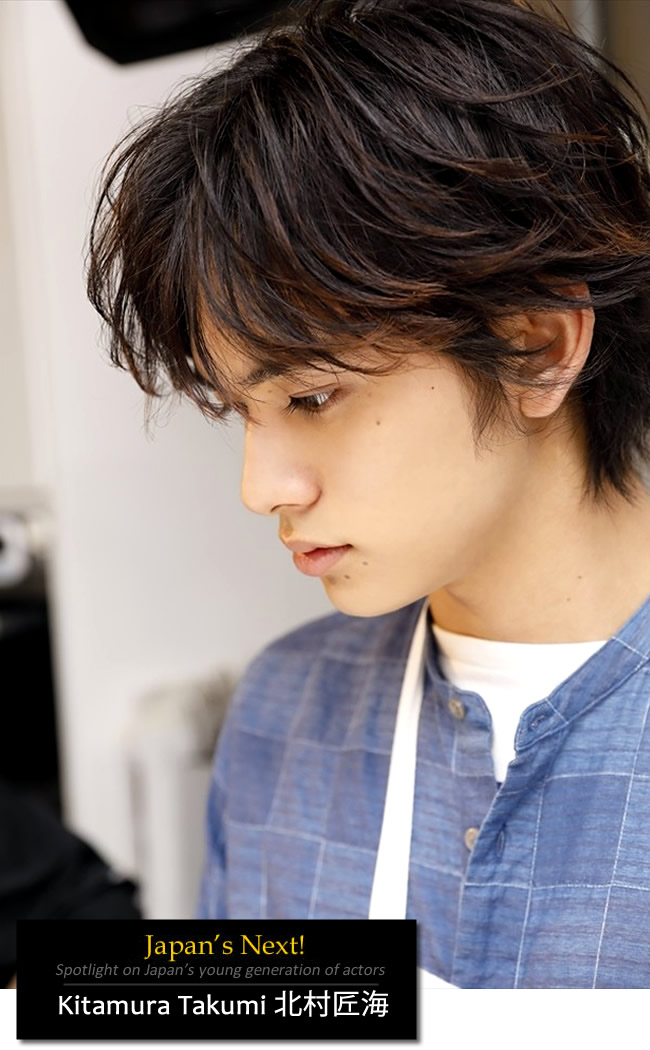 What would compel Japanese entertainment site The TV to publish an 18-episode (and counting) Kitamura Takumi (北村匠海) special coverage other than to promote the popular DISH// boy band leader? With three major movie projects in 2017, Kitamura is already poised to take his place as one of Japan’s rising stars.

Aside from playing the narrator-friend of the ill-fated Sakura (Hamabe Minami) in I Want to Eat Your Pancreas, the 19-year old actor is also the lead star in yet another dramatic film Love and Lies. Looking back, it was in 2013 when Kitamura was cast to play the unassuming, yet ambitious student leader in TV Tokyo and Kadokawa Pictures’ Suzuki Sensei.

The acclaimed TV school drama starring Hasegawa Hiroki tackles sensitive and controversial school (and societal) issues without putting the gloss. Together with Tsuchiya Tao and Ono Karin, Kitamura is one of the show’s standouts. As Izumi Tadashi, Kitamura is a no-nonsense honor student who is competitive and driven.

The video clip below shows the candidate’s (Izumi) speech for the Council President position:

Fast forward to 2015, the young actor joins Murakami Nijiro and Shimizu Hiroya as one of the juvenile delinquents who were involved in the brutal murder of a Tokyo housewife in Tenshi no Naifu.

Another student role in TBS’s Aogeba Toutoshi reunites Kitamura with Murakami yet again.

I love acting, yet I don’t have any clear vision of what sort of actor I want to become. But I welcome different kinds of roles, which would help me become a better actor. [source]

The video below is one of the featured clips at Japanese The TV site featuring the actor in an online diary blog/feature style.

Dir. Ohku Akiko told Kitamura Takumi that his character Ichi in ‘Katte ni Furuetero’ is cruel. He’s actually ‘bullied’ by classmates! With that hair, of course! One of the highlights of the film is the high school reunion that Matsuoka Mayu organized, for the sole purpose of meeting Ichi (Kitamura). [Read our review of Tremble All You Want] On acting, he was asked – during his 20th birthday (Nov 3) – who are the actors he admired and wished to follow in their footsteps – Oguri Shun, Yamada Takayuki, and Fujiwara Tatsuya are his top picks.

Projected future top performances: As the narrator in I Want to Eat your Pancreas, and as Shiba Yuto in Love and Lies live-action adaptation.

DISH// and being leader of a boy band

Dish (stylized as “DISH//”) is a Japanese pop/rock band managed by Stardust Promotion. The group is a dancing rock band, meaning that they play rock and dance while performing.The band is a “younger brother” of the idol group Momoiro Clover.

The first video features a ‘kick-ass’ gal (or what the fuck is that red stripe doing on her face !?!?!) and the almost ‘mantric’ Gibu me chokoret.

He was in third grade of elementary school when scouted by Stardust.

Singing is the first ‘order of business’ as he debuts with “Risu ni Koi Shita Shōnen” in the NHK series Minna no Uta in February and March 2008.

He is the leader of the band DISH//, in-charge of main vocals and guitar. As a musician, he watches RADWIMPS ‘s music videos and attends ONE OK ROCK’ s live concerts. As a member of DISH//, he is nicknamed as Takumi, and stylized as TAKUMI.

His acting debut is in the movie Dive!! (which stars Hayashi Kento, Ikematsu Sosuke, and Mizobata Junpei) where he plays a young aspiring diver. He plays his namesake in Surely Someday who eventually was portrayed by Oguri Shun (who also directed the film).