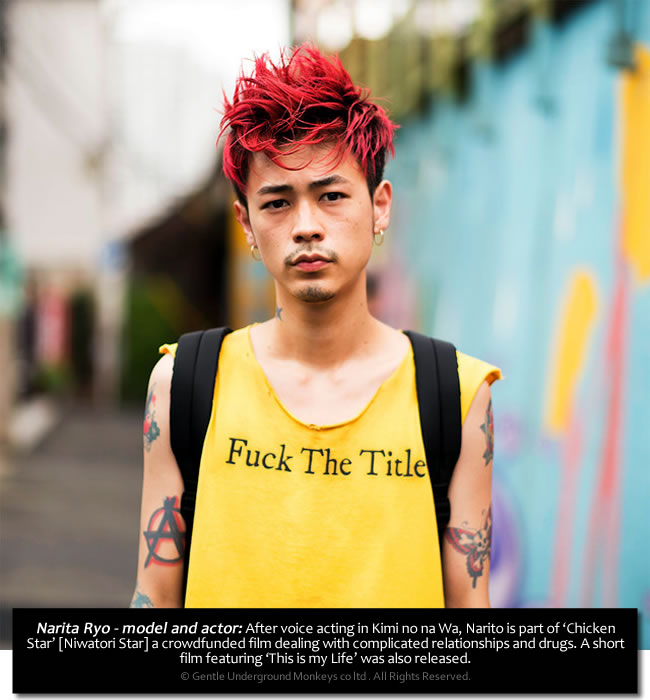 Two live-action adaptations for romance-related movie/drama are up and a special mention for Narita Ryo, as he celebrates a crowdfunded movie and a short clip! Also, we’re halfway into October and there’s a lot of drama-related activities going on as Fall Season starts! We’ll have plenty of that as we prepare our take (first impressions and possibly, episodic reviews) on Detective Yugami, Rikouh, Kounodori, and much more.

As one of the voice actors in Kimi no na Wa (Your Name) and a member of the boy band in Kiseki: Sobito of That Day, Narita Ryo may have to leave his modeling job for acting. Of course, he’s still one of the most recognizable male models in Japan today. So he’s multitasking at the moment!

Recent projects seem to indicate that he’s into the indie filmmaking scene – one of his latest movies is being crowdfunded – entitled Chicken Star and a short film (for Canon) is released on youtube.

Philippine-born and Japan raised model and actress Ikeda Elaiza (Villegas on her Mom’s side) headlines Kaga Yakko’s manga Bow Then Kiss live-action adaptation. The pretty Elaiza, recently seen in Nakagawa Taishi’s Re: LIFE and Tsuchiya Tao’s Tori Girl plays Kishimoto An, a high school senior who heads the Archery club. To provide a transition to the club’s leadership, she appoints a junior – Mikami Yota (Nakao Masaki) – who seldom attends practice, yet wins in tourneys as the next club president. Before he accepts the ‘job’ Yota demands something in return.

Now, what makes this film much anticipated is, how the actors, especially Ikeda and Nakao, translate the sexual tension in the manga to the big screen, knowing that they are targeting a conservative audience, yet hungry for some tease. Says a reader:

I like the “suggestive behavior” part of the story! It makes for a totally smexy read. The boy is drawn and depicted in the typical too-perfect-and-nonchalant-for-words manner. He couldn’t be bothered to expand efforts except in the case of chasing the clueless girl of his dreams down. What I do take a bit of issue with here is the insecurity which constantly plagues our heroine, not in the relationship sense (that’s normal for a shoujo) but how she doubts her abilities as well…[source]

I think it’s about time Ikeda gets the spotlight. If Orange LA fans remember, she tries to ‘ensnare’ Kento away from Tao in the said movie. Now, she’s the one the boy has the hots for!

dTV and Fuji TV cast Sugino Yosuke with Nakamura Yurika and other young actors in the live-action adaptation of Flower and the Beast. Kai Shouma, Matsuo Takashi, and AKB48 Iriyama Anna compose the rest of the cast.

That was the first time I fell in love. The first time I met “Leopard-kun”, time stopped and I could not breathe. My heartbeat became louder and I could not take my eyes off of him. Although Leopard-kun told me “he wants to be with me”, he is a guy who has kissed many girls. This love has many difficulties… it’s tender yet painful, but even so I can’t stop my feelings for him. I’m sorry…I fell in love with a “beast”. This is my first love.