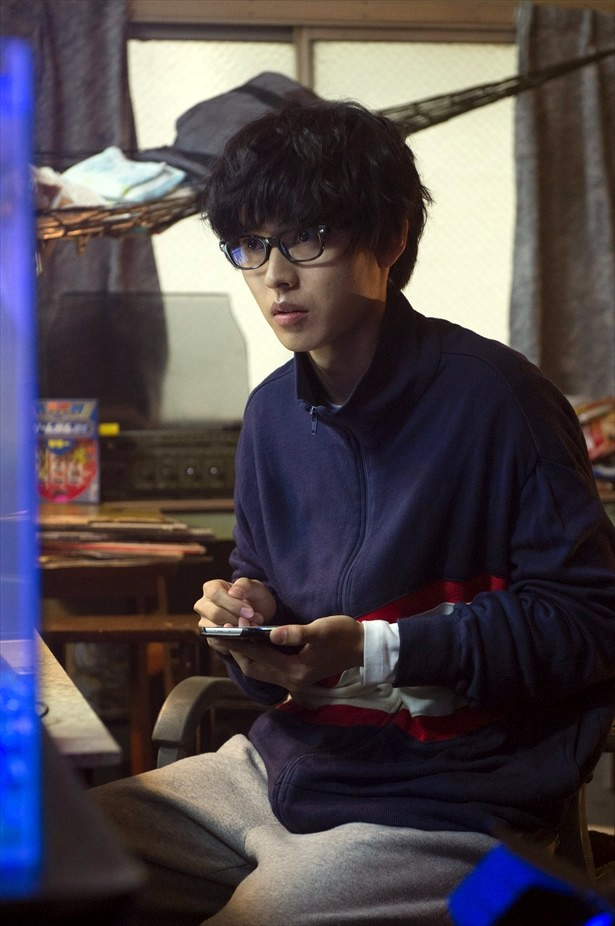 In Todome no Kiss, Otaro wears flashy suits, charms women, drinks plenty and party like there’s no end. But deep inside, he’s a loner and has a past yet to be revealed. Yamazaki Kento is making sure his role in his first lead drama leaves his fans wanting for more.

And make cynical bystanders wonder why they didn’t like him before.

The mystery aspect of his persona is heightened by the drama locale – a moody, gloomy private ‘enclave’. He is shown on his computer in search of something or ‘someone’. His private appearance differs tremendously with his club hosting look.

Reports have it that the show’s staff and crew were impressed with Yamazaki’s work ethic. That he immerses himself in his role by carefully studying its every nuance. While moviegoers have been used to his romantic exploits, Yamazaki started in the movies by playing moody, complex characters.

If this is a return to his previous ‘form’, then the drama becomes more anticipated than it already is.

Otaro’s room appears to be ‘cloudy’ and dark. It’s not a place you would expect a popular club host would live. His room is cluttered with litter, laundry (and dirty clothes) are all over the place and Yamazaki has an appearance of neglect and confusion. It is as if his clothes are doing ‘shadow boxing’.

The drama tells the tale of a young man who dismisses love and contends that money and power make life worth living for. This cynical view is the result of previous life experiences. In an instant, his life is further complicated when a mysterious woman kisses him.

What we know so far: