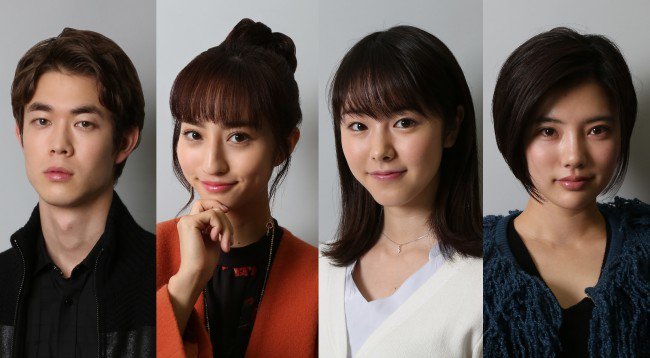 Yamamoto Ai, Karata Erika, Hotta Akane and Miyazawa Hio cast in Todome no Kiss. These four new players in the upcoming NTV drama are supposed to complete the line-up. Or is it?

The new NTV drama teases the audience with sneak peeks into the cast.

They release photos with ‘hidden’ faces of actors and later announces who they are. So far, the unique ‘tease’ propaganda has revealed: