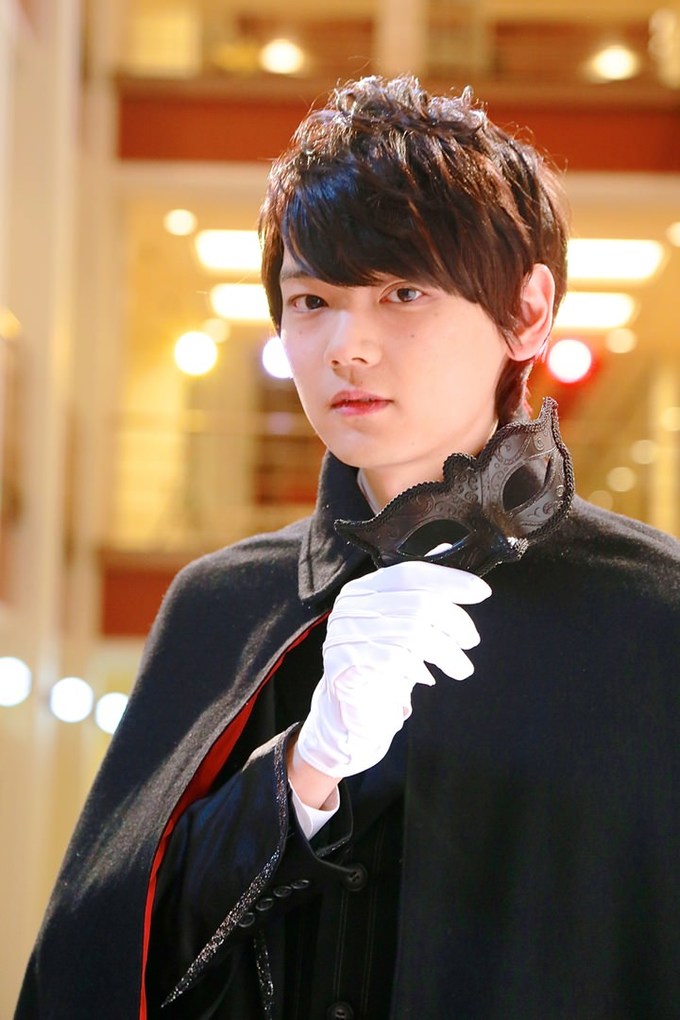 Tentatively titled Colors of the Wind, Furukawa Yuki is cast to play the main role in this latest movie from South Korean filmmaker Kwak Jae-Young.

Playing a dual role, Furukawa is Takashi, a Tokyo resident who travels to Hokkaido in search of a young woman.

In what appears to be the mystery part of the film, Takashi’s girlfriend, Yuri (played by newcomer Fujii Takemi) dies but tells him there is someone who looks identical to her. Takashi follows up on her request and searches for this young woman.

Furukawa is also Ryo, a magician, and escape artist. Fujii is Aya, a dancer that appears on the same stage where Ryo performs his magic. She’s the girl Takashi is looking for. The exact storyline remains sketchy at this point. But one thing is certain, Furukawa and Fujii will play two personalities each.

The film was said to be in the process of ‘gestation’ for 8 years when dir. Kwak Jae-Young imagines filming a love story in the windy, snowy Hokkaido landscape.

It was during the Yubari International Fantastic Film Festival that I initially conceptualized a movie with a love story angle. I was drawn to the beauty of Hokkaido and wanted to film in Honshu. There is a place in South Korea called Jeju island, which I was considering earlier, but the mysterious aspect associated with Hokkaido wins me over. [this is a literal translation of an article that appears in Hokkaido Likers]

Dir. Jae-Young, who graduated with a Physics degree, is known for exploring time travel movies with a romantic flavor – his previous project Time Renegades debuted at the top of the South Korean box office in 2016 with $3.94 million receipts.

Since 2008’s “My Mighty Princess,” Kwak has made films in China and Japan. “Renegades” is a time-shifting romantic thriller about a high school teacher in 1983 and a detective in 2015 who join forces to change the fate of a woman they both love. [source]

He also collaborated with another time-shifting film called Cyborg-She, with Ayase Haruka in 2008.

Furukawa who is popular overseas (he has millions of followers on China’s social networking site Weibo, the Hokkaido Likers site reported) was chosen to play the main role:

I’m always interested in pursuing a movie project outside Japan and when an opportunity presents itself for a Korean-Japanese collaboration, I was immediately curious to have a look. There is a marked difference in the ‘shooting style’ but I communicated quite well with the director in English. The magician role serves as a big challenge for me.

Writer Takako Chiba did the interview back in 2015 during the Hokkaido film shoot, hence Furukawa advances his acting career quite further. With a TV series from Netflix entitled The Town Where Only I am Missing (ERASED), a major role in Donten ni Warau (Laughing Under the Clouds), and another supporting role in My Little Monster (he plays the older brother of Suda Masaki), Furukawa has gained a growing fanbase inside and outside his home country.

While I’m not entirely ‘sold’ to the movie’s premise, I anticipate this movie to see what sort of twists dir. Jae-Young has in store for us. A popular theme in sci-fi yet not fully supported by the scientific community, time travel, and its derivatives have been used in films for such a long time that it gets boring and incredulous.

The Hokkaido Likers articles reported a 2016 theatrical release but the film had its world premiere just recently at the 21st Bucheon International Fantastic Film Festival last July 2017. Reports indicate a January 2018 theatrical release in Japan, to coincide with Furukawa’ Netflix series, which will run from December 15 of this year until early 2018.

Reference: Interviews and insights from the film shoot located in Hokkaido are written by Takako Chiba for Hokkaido Likers. Photos are taken from said articles.