Based on the manga series “Keiji Yugami” by Iura Hideo, Detective Yugami is the live-action TV series from Fuji TV starring Asano Tadanobu and Kamiki Ryunosuke as an oddball pair of detectives.

Asano is Yugami Yukimasa, a detective who ignores conventional investigative procedures in order to uncover the truth.

His junior partner, Hanyu Torao (Kamiki Ryunosuke), is upstanding and decent to the core, the exact opposite of Yugami. Their clash of principles and investigative style and methodology somehow compliment each other, thus cases are solved.

Detective Superintendent Kanno Rikka (Inamori Izumi) initiated the pairing, knowing in full Yugami’s reputation as a rebel, yet a genius when it comes to solving cases. After all, they started as rookies together. 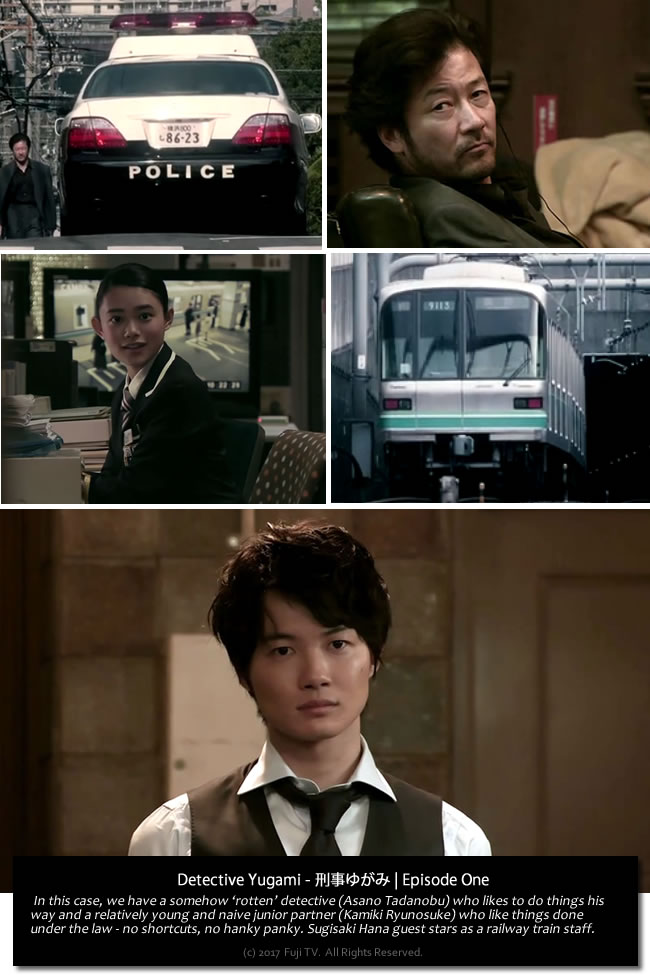 Episode One features molesters, scammers, and vigilantes – connected altogether via a single piece of a puzzle. A young woman is killed – her body is found sprawled on a footbridge near her apartment. In the course of their investigation, Yugami and Hanyu uncovered an incident involving the victim and her friend confronting a man, whom they accused as a molester. Is he the killer?

First Impressions: Welcome back to the sights and sounds of Tokyo! If you’re familiar with investigative drama in Japan (and anywhere in general), then you know that the ‘procedural’ aspect of most Tv detective series is always assumed to have a ‘personal’ dynamics. In this case, we have a somehow ‘rotten’ detective who likes to do things his way and a relatively young and naive junior partner who like things done under the law – no shortcuts, no hanky panky.

These personal dynamics made the show lively and fun. The fact that we have one of Japan’s iconic actors in Asano Tadanobu makes my argument for the show moot and academic. Kamiki Ryunosuke is no small-time actor, to begin with. Thus, what we have are two excellent performers who won’t resort to scene-stealing because they know how to complement each other. Ryunosuke’s straight-arrow character is made fun by Tadanobu’s jaded Yugami, but the respect is there and Hanyu knows it. The critical yet funny big dog, small dog relationship between them shows why they can work together and not necessarily agree all the time – an essential ingredient of checks and balances.

Episode One also features Sugisaki Hana, an excellent young actress herself, who has proven to be a level above most of her peers. Her interaction with Kamiki is delightful. She works as a staff in the railway, taking care of passengers. She’s passionate about her work – would spend extra hours to do things she could have done the next day. In a sense, she’s devoutly loyal to her work.

In this drama, what could have been a budding romance turned into something else, and that’s all I have to say about them. 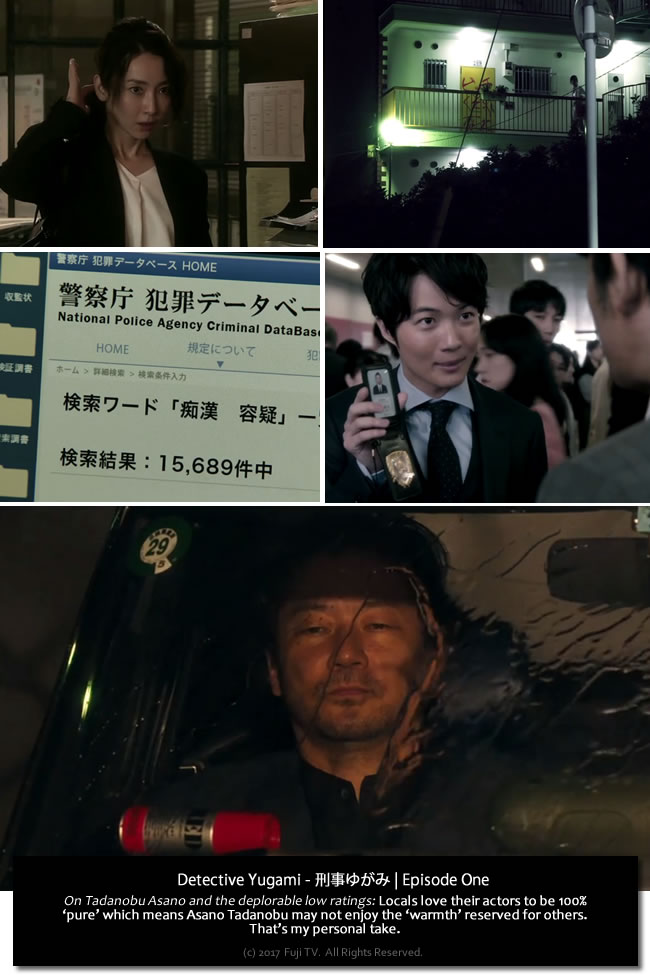 Aside from the personal dynamics between Asano, Kamiki, the supporting cast and their guest stars, there’s plenty of positives:

A 4 out of 5 stars may appear conservative as I am known to give generous ratings, but I want to make sure this is not a fluke and that the next episodes will not bore us to death with rehash and re-tellings.