We’re more than halfway in September, with plenty of articles to celebrate Food month still, and the casting news keeps on coming! Third Window Film’s Love and Other Cults is a special viewing event with an upcoming review – just have to say Suga Kenta and Itoh Sairi deserve all the raves they get from critics and reviewers. We’ll have more of Suga Kenta later, and a definite top placement for Itoh at our upcoming Top 30 hottest Japanese actress list. 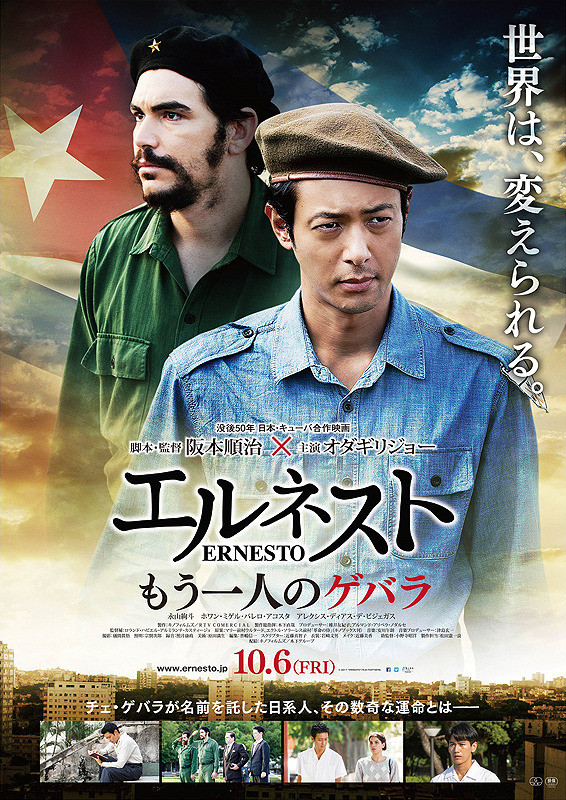 Odagiri has a history of playing roles in international productions. He did a movie with South Korean filmmaker Kang Je-Gyu and star Jang Dong-Gun entitled My Way and with Chinese mainland director Tian Zhuangzhuang in the period costume drama The Warrior and the Wolf. He also plays the title role in the French-Japanese film Foujita. This latest project will add another dimension to his acting. Great to see Nagayama Kento following in his footsteps.

In an interview with South China Morning Post, Odagiri remains consistent – he has been quite frank and honest about his opinions on many issues:

I think I was spoiled by making films in Japan. When everyone is saying nice things about you and you live in a world of compliments, you start to lose yourself, become narcissistic, and live only for that praise. That situation made me sick and I needed to take a break. [source]

It’s no surprise he’s playing a character as ‘rebel with a cause’ and being associated with such historical figures as Che Guevarra.

Speaking of favorite Japanese actresses, Tsuchiya Tao’s latest project with Satoh Takeru, The 8-Year Engagement may be the bonafide launching pad for Tsuchiya’s dramatic acting career. We all know that the Japanese are experts when it comes to dramatic, tragic movies that involve romance, loss, and remembrance. 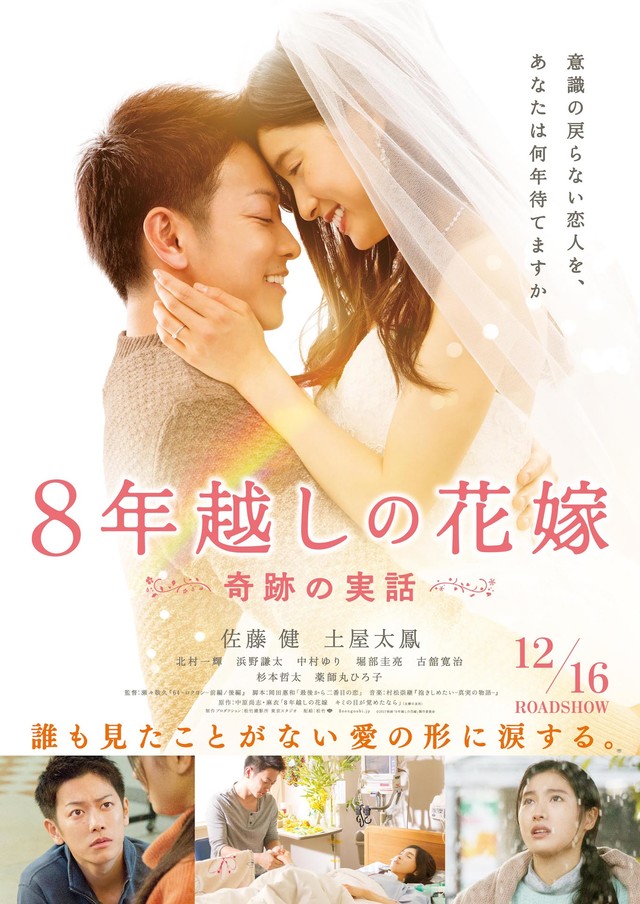 Let’s see, what’s the movie all about?

Following the tradition of undying love – as exemplified by such films as April Bride (Eita + Nana Eikura) and Koizora: Sky of Love (Haruma Miura + Yui Aragaki), Shochiku ventures into the romantic drama genre. While April Bride tackles cancer, and so is Koizora, among others, The Eight Year Bride brings the complication of disease with lapses in memory (or perhaps even amnesia) as the movie revolves around the loyalty and steadfast duty of a man waiting for his loved one to recover from an illness. [more movie details here]

Suga Kenta is one of Japan’s most versatile young actors. At the age of 22, he has done more than 45 films and TV dramas. His major role in Uchida Eiji’s Love and Other Cults will further propel him into the limelight – though, he has done plenty of amazing projects in the past 3 years or so already.

Hollywood Reporter’s Elizabeth Kerr praises the stars of Love and Other Cults here:

A great deal of what works in Love and Other Cults can be attributed to its strong, young leads and the whiff of veracity brought in by its supporting cast of actual delinquents; the film is allegedly based on a true story and shot under police supervision. Ito brings real depth to what could easily be a paper-thin archetype, keeping her surfacey manipulations understandable, and her loneliness and desperate need for connection in nuanced balance, ditto for Yoshimura’s bluster, which also masks insecurity. [source]

This film is all about Itoh’s character, but Suga Kenta’s role is also an integral part of the story, without which it may not make any sense at all. [More about the movie in my upcoming review]

Yoshizawa Ryo is ‘on a roll’ and that observation is already a broken record! Let’s see… what is he up to recently anyway? I’ll let these bunch of tweets featuring some vids to do the talking!

HAHAHAH this thing gets more overboard as it goes on pic.twitter.com/oOP5b3z9Sh

That’s probably one of the most ridiculous videos I have ever since, but Yoshizawa needs to be credited for making it ridiculously hilarious if that makes any sense.

Yoshizawa has ranked #2 ahead of Yamazaki Kento and just behind Takeuchi Ryoma is the poll result of Favorite ‘Boyfriend’ figure in Japan. If you think about it, Ryo and Kento were co-stars in Wolf Girl and Black Prince and the upcoming Disastrous Life of Saiki K. Ryoma and Kento will next be seen in the TBS drama headlines by Yakusho Koji entitled Rikuo, and that would be an anticipated acting showdown between the two young actors.

Mrs. GREEN Apple ‘Poetry Angel’ video which stars Okayama Amane and Takeda Rina capture many of the moods and colors of the said Iizuka Toshimitsu film. 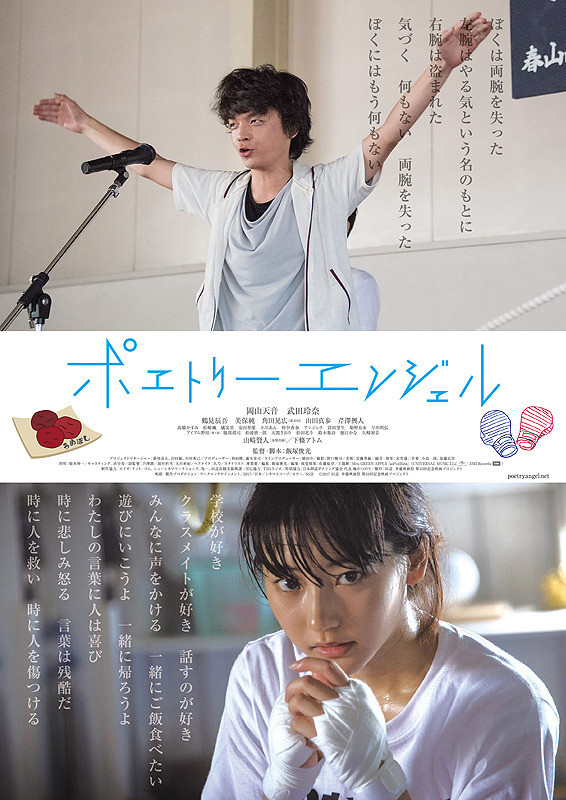 The movie is about two young people – Tsutomu (Okayama) and An (Takeda), each with their own personal issues, who met coincidentally at a class entitled ‘Poetry boxing’ when they are required to come up with their own compositions (a.k.a. poems) while in a boxing ring with other fellow poets.