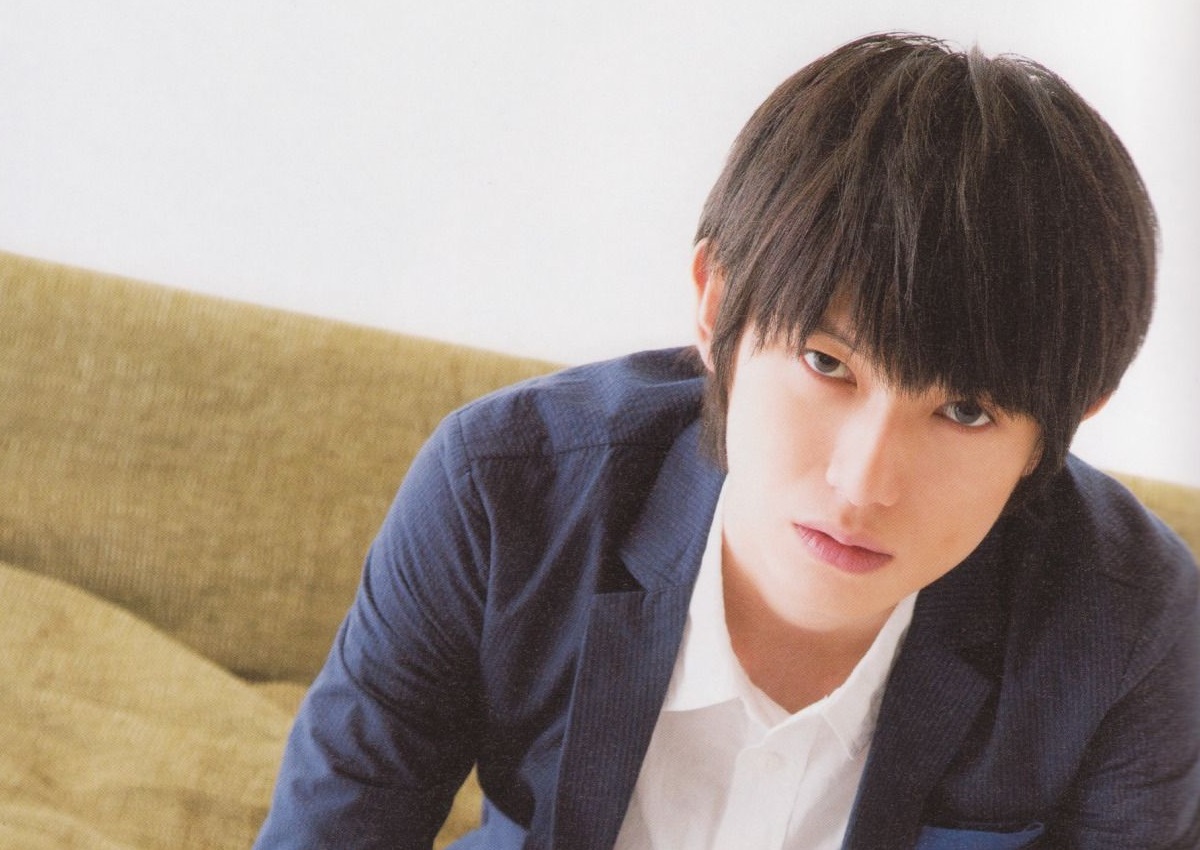 Kisses and flirts… wait, what?

Romance. I don’t think anyone would really put Kanata and romance in the same sentence. More often than not the guy either avoids directly answering questions related to it, or he just simply doesn’t show any real interest. But as he’s mentioned before, challenging roles are often that which make actors grow, so why would he play it safe? Heather Love Short Movie came out in 2012, and was quickly followed up with the AKB-drama So Long! as well as Yubikoi Kimi ni Okuru Message, a web drama that didn’t only star Kanata but had Big Bang’s Seungri as some kind of rival. So far the latest of his romance-related projects was last year’s Koibumi Biyori, which was a series of episodes featuring the E-girls members.

Just earlier today, though, Kanata revealed that kissing scenes aren’t really his thing, and the guy’s endeavors in trying to branch out into different genres are most likely to be met with an amused smile whenever the thought of “romance” even comes anywhere near. Maybe leave the kissing and flirting to that agency-mate of yours next time, Kanata. He’s been monopolizing the genre anyway. There are many more brats and intense characters waiting for you to play them.

Kanata graduated university at 22, being able to call himself the proud owner of a degree in photography. Shirato Osamu no Jikenbo, Mirai Nikki, Btooom! and Heather Love Short Movie followed the same year, but it wasn’t until late 2013 that his career finally shot up again with the release of a variety of castings. There was a lead role in the drama version of The Chasing World next to Yokohama Ryusei, or a rather unexpected cameo in Minna, Esper Dayo! which had Sometani Shota for a lead. There was his first ever stage play role as a lead for Moonlight Rambler, and then there was the news of his part in Doreiku which raised quite a few questions here and there. “How far would they go?” But in the end, all of worries were rather unneeded and the movie was nothing but a typical Japanese spin on underground survival games, this time just including the concept of masters and slaves.

The actor kicked off 2014 with a lead in Nazo no Tenkosei, a rather special yet interesting adaptation of a ’67 novel of the same name. I might be wrong but I’m not quite so sure anyone else would have been able to convince me of the role as much as he’s done. It’s not your everyday thing to see someone act out an alien robot trying to get his way. Taking off the school uniform of one series, however, and switching it for another, Kanata went into the drama spring season on a whole different note. Gone were the serious looks and talks, the aliens and conspiracies. Welcomed were the eccentric movements, yells, and fail baseball. A great cast of well-known and lesser known young actors filled up a newly put together baseball team at a study-focused high school. Yamazaki Kento, Mamiya Shotaro, and Sakurada Dori; are only a few of the guys joining main leads Fukushi Sota and HSJ’s Nakajima Yuto. Though we can’t forget about the guy who’s been calling Kanata sensei for his patience on the GANTZ set since years before, Arashi’s Ninomiya Kazunari. The year was ended quietly with Kanata’s participation in the Dangan Ronpa stage play. Or well, that’s probably how it would have been if the early casts of the Attack on Titan movies wouldn’t have been revealed. “He’s probably going to be Levi.” “Who else can he be but Levi?” But Levi never happened.

In the past year Kanata’s been busy filming for movies and series alike, starring alongside Suda Masaki in Chanpon Tabetaka, as well as taking the role of Akagi in the drama of the same name. A small cameo role in Strayer’s Chronicle came out after both installments of the Attack on Titan live action, making me sometimes even forget the latter exists.

“Dramas also have good points but I prefer movies as dramas have to be finished on a strict deadline. There is a due date for the showing. Movies don’t have that, so we can spend much longer on shooting it. There’s more time to convey the message of the movie to the audience.” (Zatoo Vol.3 2009)

But it’s been calm. Maybe too calm. And apart from Cinema no Tenshi, which was released last week, I’m left wondering about what he’ll try to pull us through next. But it’s okay, now we’ve come this far we’re not going to back down. As usual we’re here, waiting for the news. Speculating on future roles, or simply putting our own imagination to work. I’m sure it’s nothing new.

But what kind of things should he do next? What kind of roles should he play? I’ve long since stopped caring all too much about it, simply because it feels he just ends up doing something whenever he manages to come out of hibernation, or has managed to finish a game 100%.

“Usually on my days off, I’m a little bit of a hikikomori. Because with the futon and computer and a cardboard full of sweets, who knows how many hours I spend in my room.” (GYAO February 2011)

But Kanata has that stare. Those deep and dark eyes who could possibly pull me into any role intense enough to let out his skills. And just that’s why I need that showdown. Whether it’s someone like Sometani, or even Sato Takeru, it doesn’t really matter. As long as there’s tension. A level high enough to lure someone out. I’ll take it. What about Kamiki, you ask? Isn’t that the dream of most of his fans? Isn’t that what a lot of people have been waiting for? But I agree. It’s been long overdue. Too long.

Yes, happy 25th birthday, Kanata! Let’s see what you have in store for us in the coming years.