If the teaser trailers are any indication of how good some upcoming Japanese films are, then we’re in for a treat! Satoh Takeru’s Ajin: Demi-Human leads the way with a trailer that showcases action, suspense, and drama, complemented with a soundtrack that is catchy, modern and enticing! The new movie poster also has the same exciting vibes!

Ayano Gou is fast becoming one of Japan’s most versatile actors and he’s a perfect match to Satoh, who plays the movie’s main protagonist.

Have you seen the latest Ajin LA trailer? #SatoTakeru and #AyanoGo are ready for what seems a fight to the death! -k https://t.co/MX5DObAhyK

Yamazaki Kento’s Hyouka joins the fray as it releases a teaser trailer and a poster too! The anime version offers a lot of thrills and amusing situations as our main characters get themselves involved in many school activities that almost always has a “mysterious” side. Looking at Kento and Hirose Alice, I know that they are trying to capture their characters’ persona, but I am hoping they also put their own spin into these roles as well. 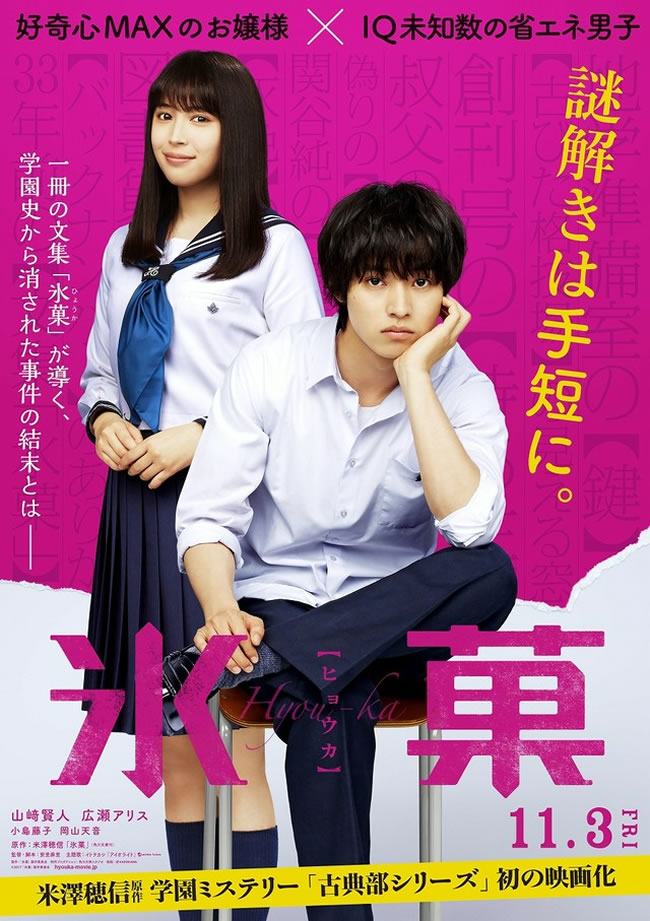 While Jojo’s Bizarre Adventures and The Disastrous Life of Saiki K are generating their own buzzes, I am inclined to prefer Hyouka since I enjoyed the anime immensely. Leading roles Oreki and Chitanda both have interesting personalities, and there are no better actors to play them than Yamazaki and Hirose.

It’s hard to classify Hyouka as a single genre – “school” – because of it’s multi-dimensional quality. I look forward to which episodes they will include since there are plenty of excellent and memorable episodes that tackle numerous issues for the young and the practical. After all, as Oreki says

I don’t do anything I don’t have to. What I have to do, I do quickly.

I hope the movie’s production committee bear that in mind.

Finally, I am just a bit perplexed with Asato Mari as the director since she specializes in horror-thrillers. Hyouka has a significant thriller flavor too, but overall, that is balanced by the stories’ comedic and investigative features.

Kento’s perennial onscreen partner, Tsuchiya Tao tries comedy, with Mamiya Shotaro and Takasugi Mahiro lending their talents in another much-awaited film, Tori Girl. Tsuchiya has five projects for 2017 – The 8-Year Engagement with Satoh Takeru and My Little Monster with Suda Masaki appear to be the most highly anticipated, but Tori Girl is the movie that she headlines as her own. Watch the trailer and you will appreciate the chemistry between Mamiya and Tsuchiya, as well as Takasugi, her romantic interest. 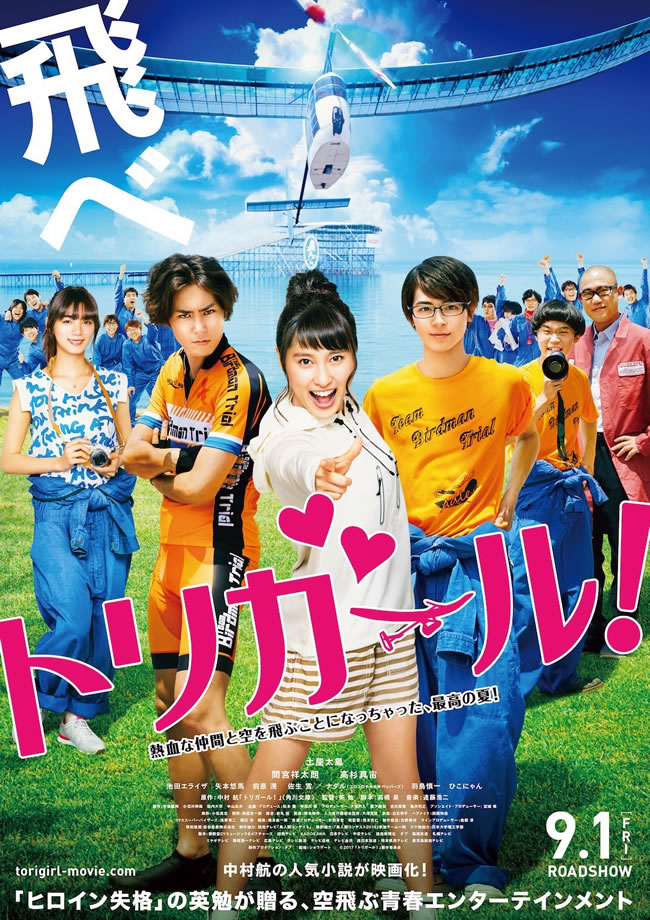 Ninomiya Kazunari headlines The Last Recipe from acclaimed director Takita Yojiro (Departures, The Battery). Based on the novel “Kirin no Shita wo Motsu Otoko” by Keiichi Tanaka, the movie centers on a famous chef named Sasaki Mitsuru (Kazunari) who has perfected his cooking techniques but has lost his passion for cooking. A new challenge becomes handy in the chef’s renewed interest but he is then required to duplicate a renowned recipe from another famous chef, Yamagata Naotaro (Nishijima Hidetoshi).

Ayano Go and Miyazaki Aoi are also part of the cast.

I have my reservations when it comes to the Tokyo Ghoul casting, but Kubota Masataka is an actor capable of delivering exciting performances. There may be times when he over-acts, but the latest trailer for the much-awaited LA adaptation of Sui Ishida’s manga showcases a spot-on Kubota as Kaneki Ken.

A younger actor could have played the part, but I understand the need to cast a bankable actor and Kubota just happens to be the perfect fit. Let’s see if he is a convincing and rightfully deserved Kaneki!

I feel very strongly opposed to the exploitation of #ShimizuFumika She’s a fine actress! Pay her the right salary! #TokyoGhoul pic.twitter.com/INjBQs1RB0

Finally, I’m highlighting the case of Shimizu Fumika who has made an about-face and will once again work as an actress. The revelation regarding actors’ salaries in Japan is nothing new (or surprising) since they operate on a different “business” model. While actors in South Korea and China are enjoying competitive talent fees, their Japanese counterparts could barely survive, except for a chosen few that is.

I hope Tokyo Ghoul makes tons of money, and that people start to realize that actors need money too – lots of them!