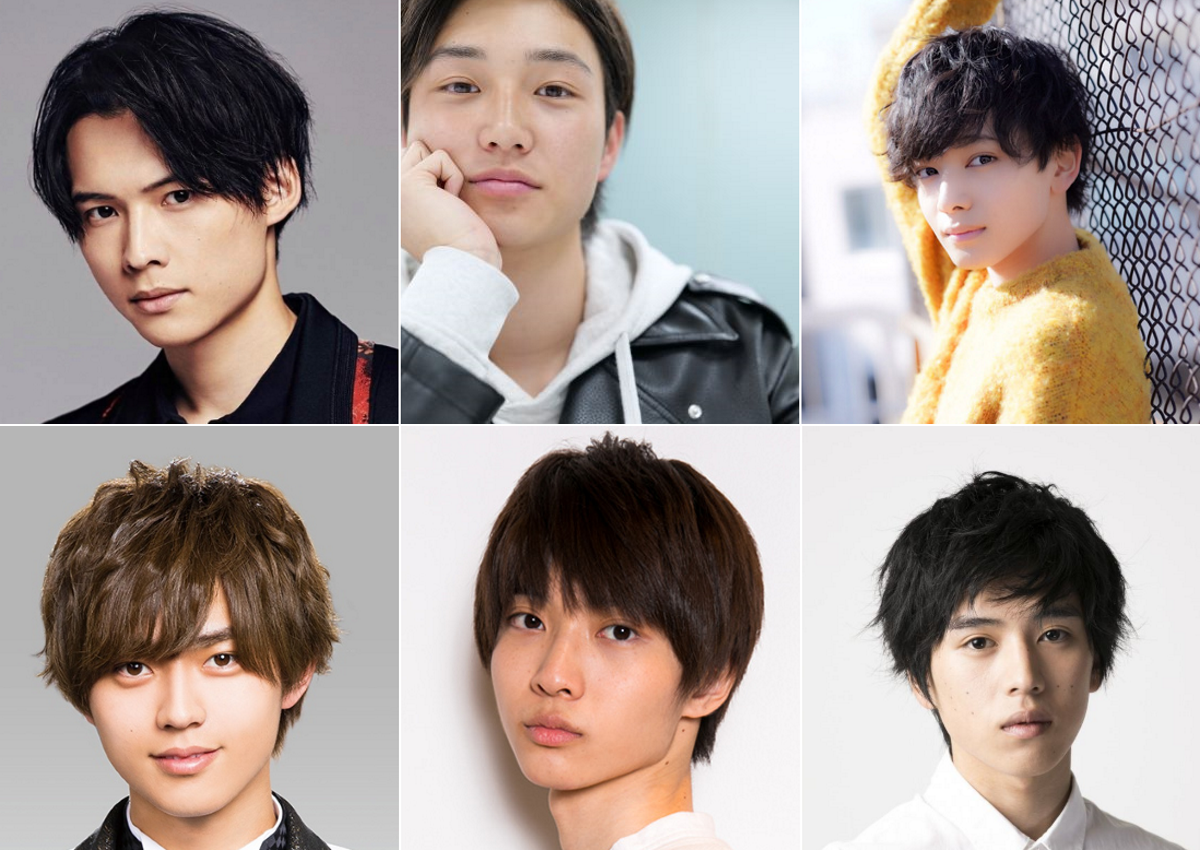 Life gets busy at times you least expect it but if there’s one thing we can always rely on it’s the continuous release of new drama and movie projects. Spring season ’19 has just started yet we’re already a month in, and with a whole pack of new drama series to follow, a whole lot of new names and faces might pop on our radars. While I’ve personally been working on a whole young actor list – which will be posted at some point – website ModelPress took its time to pick out six young male actors who caught their eye, and who would we be to deny you their nice choices?

First on their list is a near fresh rookie who’s currently playing the younger version of Matsuzaka Tori’s lead character in Perfect World, Bando Ryota. The ’97 born actor made his debut with a tiny role in the drama version of Setoutsumi in 2017, but might be more known from having been cast as a guitarist in Sakurada Dori’s fictional band EVEN. Ryota went on to guest in series as Sotsugyo Bakamentary, Cold Case Season 2, as well as the more recent Strawberry Night – Saga. He also had a leading role in a drama special called Haruko no Ningyo. 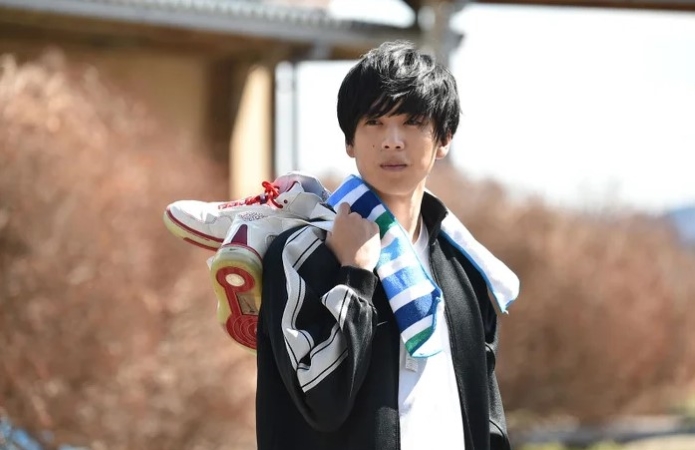 At the end of all that might be his biggest casting yet: a role as one of the 12 children in 12nin no Shinitai Kodomotachi. The movie led by Kitamura Takumi, Arata Mackenyu, and Sugisaki Hana, among others, was first revealed at the end of last year with 3 out of 6 male characters being rookie actors, including Ryota.

While there isn’t much known about the young actor’s future plans, he will be joining a stellar cast led by Yakusho Koji in Touge Saigo no Samurai. The movie is based on a novel by Shiba Ryotaro and will be released in 2020.

Also on the Perfect World drama cast is Matsumura Hokuto. While he, much as a lot of other JE Jrs, has been around for quite a while, it isn’t strange that with the rising popularity of his Jr group SixTONES his name would pop up more often again.

The 23-year-old idol had his acting debut alongside his – at the time – future group members in Shiritsu Bakaleya Koukou, a drama/movie collaboration between AKB48 and Johnny’s. While it makes for a weird combination at first, the drama is known to have turned many into SixTONES fans through the years. 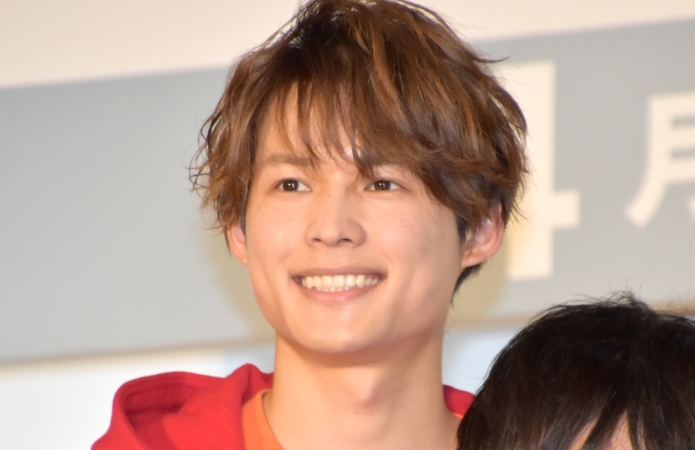 Going with the flow for a few years, Hokuto ended up getting roles in a handful of series – many of them known as JE series for their casts filled with Johnny’s talents. The list includes the likes of Kuro no Onna Kyoushi, Piece, Take Five, Pin to Kona, Kamen Teacher, both seasons of SHARK, and Cross Road 3, but also an appearance in the fall ’18 installment of horror stories Yonimo Kimyona Monogatari.

When it comes to movies, 2016’s Vanilla Boy put Hokuto in a lead together with two of his fellow group members before he tagged along with Hey! Say! JUMP’s Chinen Yuri in 2018’s Sakamichi no Apollon live action adaptation. Shounentachi, a movie version of a JE original musical, was released last March and stars both Jr groups SixTONES and Snow Man, as well as a whole bunch of other fellow Jrs.

Perfect World seems to have found quite some rookies as the third boy on the list is another young idol actor from its cast, though this time from the Stardust camp. Miyase Ryubi, originally a BATTLE BOYS member, joined labelmate M!LK as one of its three new additions in 2018. Though his name is still very new in the acting world, ModelPress is expecting him to join the ranks of his fellow members Sano Hayato and Itagaki Mizuki in due time. 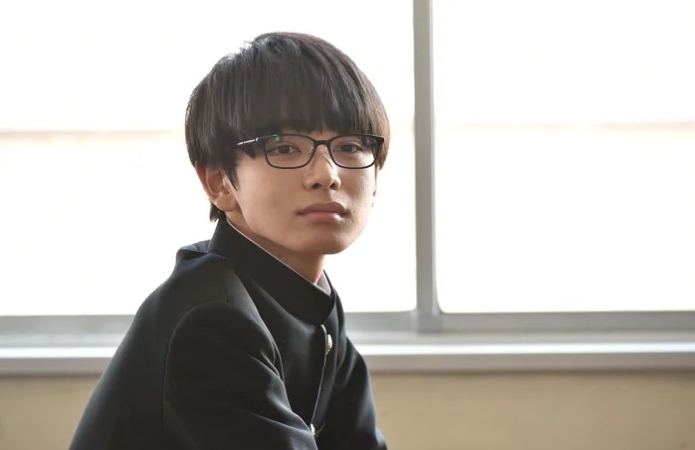 Aside from being part of the Natsuyozora side of anthology movie Natsu no Yozora to Aki no Yuuhi to Fuyu no Asa to Haru no Kaze, the youngest member of M!LK captured the role of Seto Koji’s high school aged version in Perfect World through an audition. He is also currently starring in a web drama by Shiseido’s Sea Breeze called Poolside Destiny, alongside agencymate Furukawa Tsuyoshi (SUPER☆DRAGON).

We’re sticking with Stardust for a while longer as Onodera Akira has managed to grab ModelPress’ attention. The ’99 born actor only started acting in 2016 but has been taking on some interesting projects since.

Akira had his debut as a “mysterious boy” throughout the Rinsho Hanzai Gakusha Himura Hideo no Suiri series. He followed it up with playing the younger version of Mukai Osamu’s character in Akira to Akira, as well as guesting in Unnatural, Marumaru na Hito no Matsuro, Kenkou de Bunkateki na Saiteigendo no Seikatsu, and, more recently, Dele. At the moment, the actor has joined agencymate Nakagawa Taishi for the second drama season as well as movie adaptation of manga Kakegurui. He will also be appearing in Ryusei Ryo’s Toritsu Mizusho!: Reiwa as one of the class’ main students. 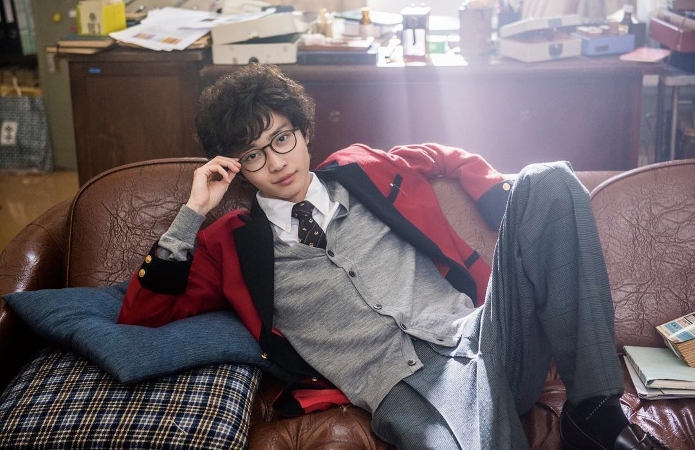 Though Akira can be seen as the younger versions of Takahiro in HIGH & LOW THE RED TRAIN, as well as Ayano Go in Last Recipe, most people will likely remember his face from Hidamari ga Kikoeru, a BL movie from 2017 which was adapted from a manga of the same name. He was also cast as class president and a classmate to the Hirunaka no Ryusei female lead.

If you follow JE groups around a little, Nagase doesn’t need an introduction. The second youngest King & Prince member has been following the footsteps of this fellow members when it comes to acting, recently having picked up his acting career where he left off a few years ago.

Nagase debuted in 2013, playing the role of Mori Ranmaru in drama series Nobunaga no Shiifu. A year later he was cast in Ninjani Sanjo! Mirai e no Tatakai as a younger version of labelmate (and Johnny’s West member) Shigeoka Daiki’s character Kazaha. The young idol was quiet from then on, mainly focusing on his trainee groups as well as a few theater shows. It took till after the proper debut of his group in 2018 for him to get cast in a few new projects.

For the current season he appears as the main focus among the students in the Furuta Arata led drama Ore no Sukato, Doko Itta?. He is joined by two fellow JE idols, Nagao Kento and Michieda Shunsuke, both of Kansai Jrs unit Naniwa Danshi. Aside from this, Nagase was also revealed to lead the upcoming release of the Uchi no Shitsuji ga Iu Koto niwa movie adaptation. Fellow group member Jinguji Yuta is also a part of the cast.

This last one is a new one, even for me. Itose doesn’t seem to have much on his resume yet – if anything at all – aside from his appearance in this season’s Shudan-Sasen starring Fukuyama Masaharu, Kamiki Ryunosuke, and many others. While inexperienced when it comes to acting, he apparently beat about a 100 other potential actors for the role of the lead character’s teenage son. The extremely fresh rookie was also a finalist in Horipro’s Men Audition “bearing the burden” of being the first new rookie in the Reiwa era. 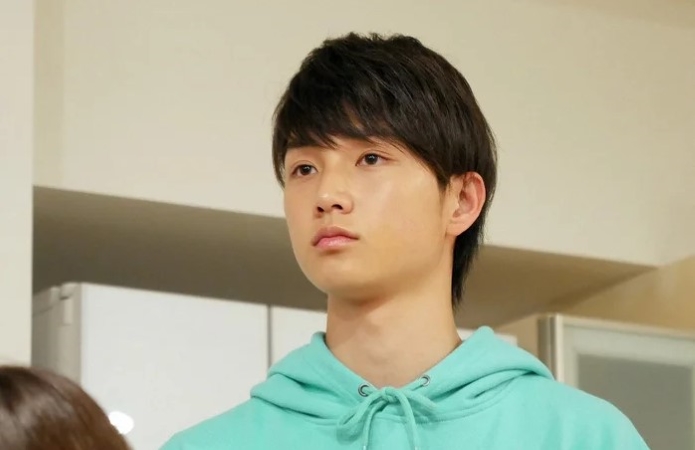 K-Note: While ModelPress lists a good few up-and-coming actors, I would personally at least add Kaneko Daichi, who is doing a great job so far in his first starring drama role Fujoshi, Ukkari Gay ni Kokuru, as well as Hagiwara Riku who is leading Denei Shojo: Video Girl Mai 2019, Endo Kenshin who’s currently in Takane to Hanaand even Toritsu Mizusho!: Reiwa‘s Kamio Fuju. Aside from them there’s obviously a whole lot of other young actors deserving a part of the spotlight, and surely there will only be more as the year passes by.