A heroine who appears in black and white films and a young man who lives in the real world. If two people who were supposed to meet did meet – is that the beginning of romantic and painful love? A young man, Kenji (Sakaguchi Kentaro) who dreams of becoming a film director, meets a woman at jumps out of a romance movie inside the theater. She was Princess Miyuki (Ayase Haruka). Together with Kenji, she will discover a colorful and vibrant world. But she had a secret… 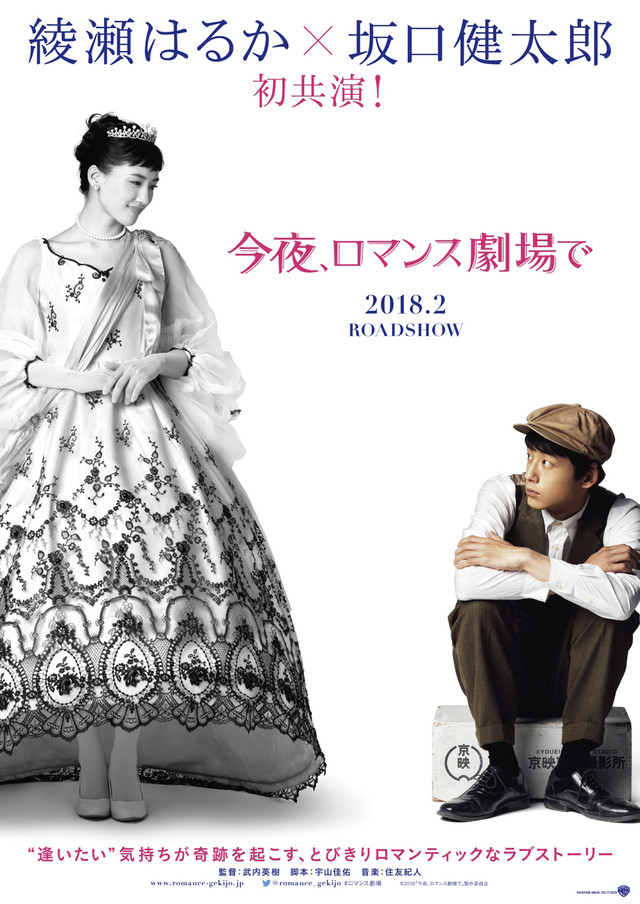 A consistent and charming performer, Ayase, however, lacks the acting range of an Aoi Yu or Mitsushima Hikari, but she delivers on romance and light comedy, which is her forte after all. Her co-star Sakaguchi Kentaro continues to evolve as an actor and his performance here is excellent! Who can say that former male models have no acting talents?

A recent report from the Japanese press seems to suggest that Tsuchiya Tao’s reported ‘romantic’ alignment with Yamazaki Kento is causing damage to her stature as a box office star. That’s all I have to say about that since Tsuchiya continues to grab projects after projects. In her latest film entitled Kasane, she teams up with Yoshine Kyoko as they face swap to combine both beauty and acting talent in one individual. 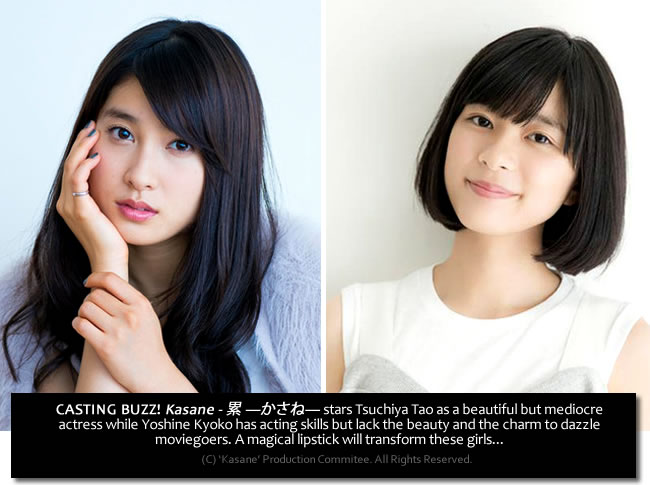 Based on the manga series “Kasane” by Daruma Matsuura, Tsuchiya is Nina, an absolutely beautiful and gorgeous actress, yet lacks deep acting skills. Her path crosses with Kasane (Yoshine) who inherited a strange and powerful lipstick from her mom. Once used, the lipstick will swap the face of the ‘kisser’ with that of the recipient, thus a talented actress like Kasane can swap facial features with Nina and become beautiful and talented as well. What sort of future as actresses will happen to both?

When it has something to do with Yoshitaka Yuriko, two particular movies come to mind – The Story of Yonosuke and Snake and Earrings, and now she has Yurigokoro. The first two movies are the collaboration of the talented actress with favorite on-screen partner Kora Kengo. This year, she teams up with Matsuzaka Tori and Matsuyama Kenichi in Yurigokoro. 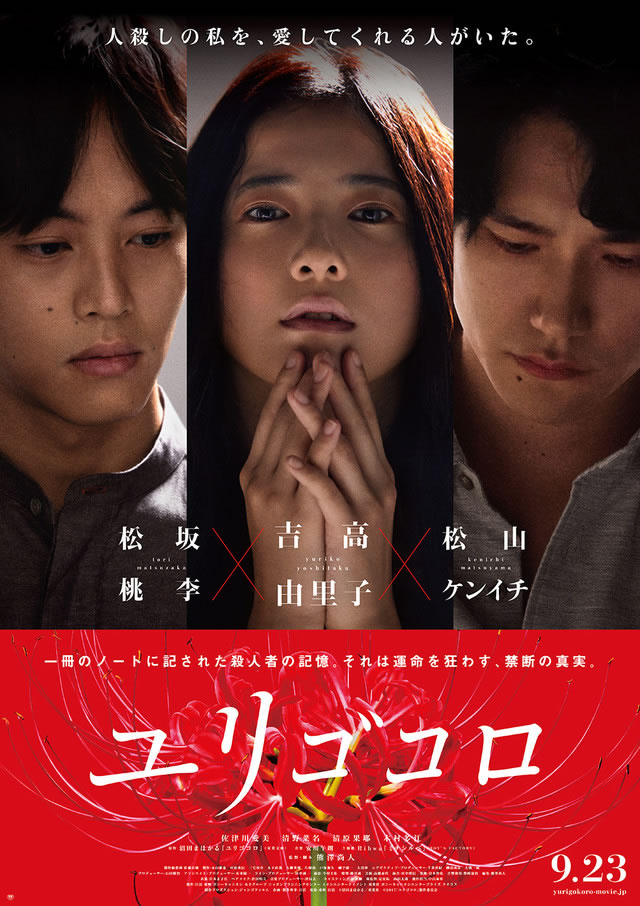 Translated into English as Nan-Core, a storyline of the book (where the movie is based) follows:

What if everything you thought you knew about your family was a lie? A young man makes a shocking discovery while visiting his parents’ home. Along with a purse and a lock of hair that may have belonged to his recently deceased mother, Ryosuke finds three journals with notes that seem to be the confessions of a murderer. Now, he has to figure out what’s fact, what’s fiction…and who are these people he’s called “Mom” and “Dad.” [source]

Matsuzaka plays Ryosuke, while Yoshitaka takes on the role of the murderer. Matsuyama Kenichi is Yosuke and his relationship with Yoshitaka’s Misako provides an explanation for her killings.

Based on the novel “Yurigokoro” by Mahokaru Numata, it is also the winner of the 14th Oyabu Haruhiko Sho. The author is generally identified as belonging to iyamisu (eww mystery). Iyamisu (eww mystery) is a subgenre of mystery fiction which deals with grisly episodes and the dark side of human nature. Readers blurt out “eww” when they are reading iyamisu.

Among the casting news, which one interests you the most? Let us know what you think!