Her most recent performance in Over the Fence was good enough for a couple of Best Actress nominations, but Aoi Yu continues to make headlines with new and exciting projects! In Birds Without Names (彼女がその名を知らない鳥たち) from The Devil’s Path director Shiraishi Kazuya, Miss Yu is an opportunistic young woman who had been involved in a few complicated relationships.

Towako (Aoi Yu) still can’t forget Kurosaki, even though they broke up 8 years ago. She now lives with a man named Jinji (Abe Sadao). Jinji is 15 years older than her. Towako hates Jinji who is poor and vulgar, but she lives with him because of his wage. One day, she meets Mizushima who has wife and kid. He reminds her of Kurosaki. Soon, she is in an affair with Mizushima. A detective visits Towako and tells her that Kurosaki is missing. [source]

See the many moods of Miss Yu from the less than 2-minute trailer of Birds Without Names, and how awesome is that! 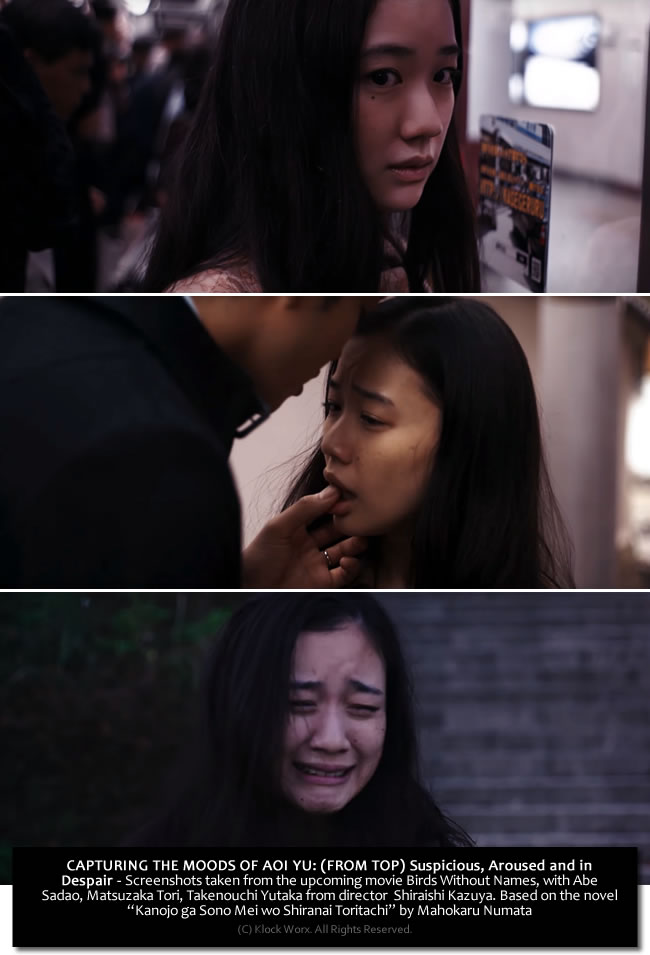 The most versatile among Japan’s best actresses… 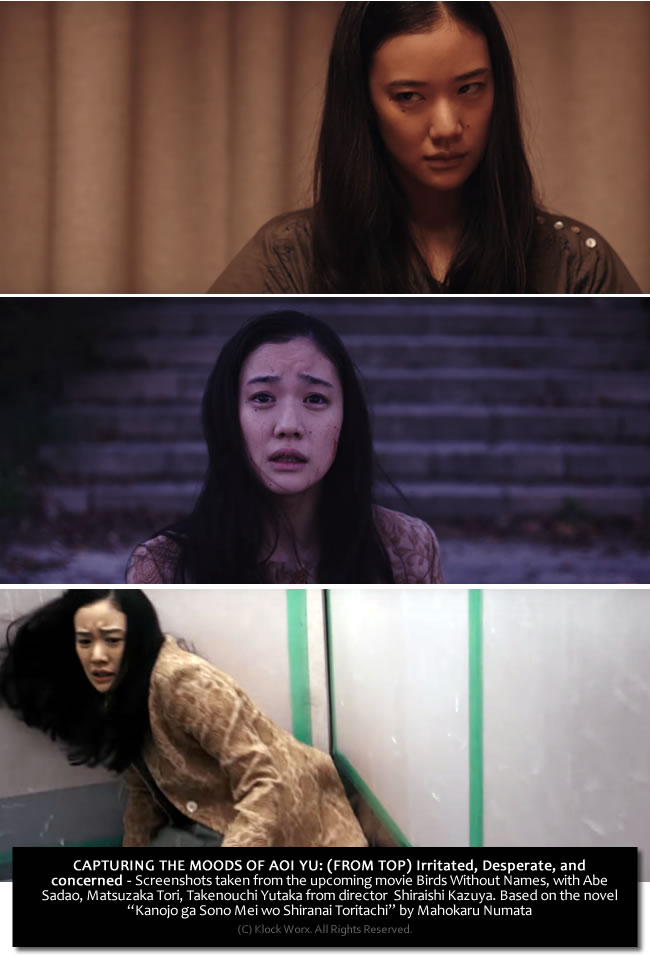 In the case of Tokyo Ghoul, it just takes subtle changes in her face – from a pleasant and charming young girl into a malicious, manipulative killer.

Among her peers, has she no equal? Perhaps fans of Mitsushima Hikari, Ando Sakura, Kuroki Haru, Maki Yoko, and Yoshitaka Yuriko may disagree, but at the moment, Miss Yu has the most visible, intense and exciting movie roles among leading Japanese actresses.