Kamiki Ryunosuke teams up with Nomura Shuhei for the first time in a docudrama, Fukushi Sota’s Laughing Under the Clouds has a first teaser trailer, while Hongo Kanata’s Akagi gets a second season. Also this week, spotlight on ‘up and coming’ Sugino Yusuke from Top Coat.

Joining the cast are Nomura Shuhei, Kaku Kento, Ogura Hisahiro, Sudo Risa, and Yasuda Ken. The docudrama centers on Chigasaki and why it produces so many well-known entertainers.

Nomura also has a short drama entitled Cars. The trailer below is packed with scenes of Nomura competing in track and field and is called ‘sensei’. However, it seems his winning streak is now over and junior runners are taking over the top spots. 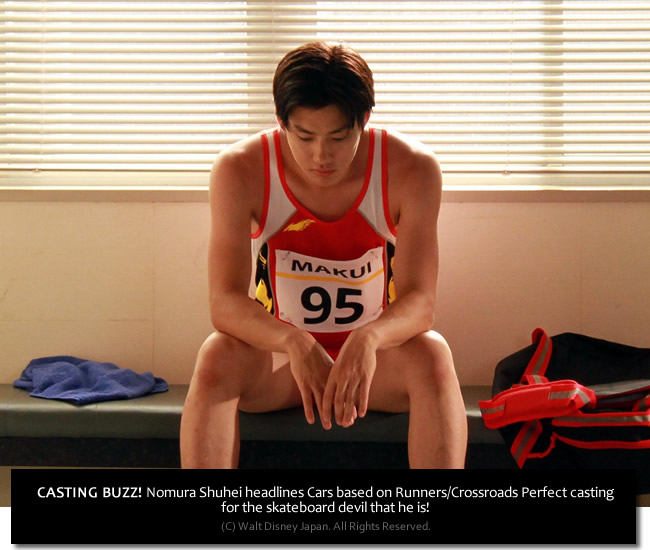 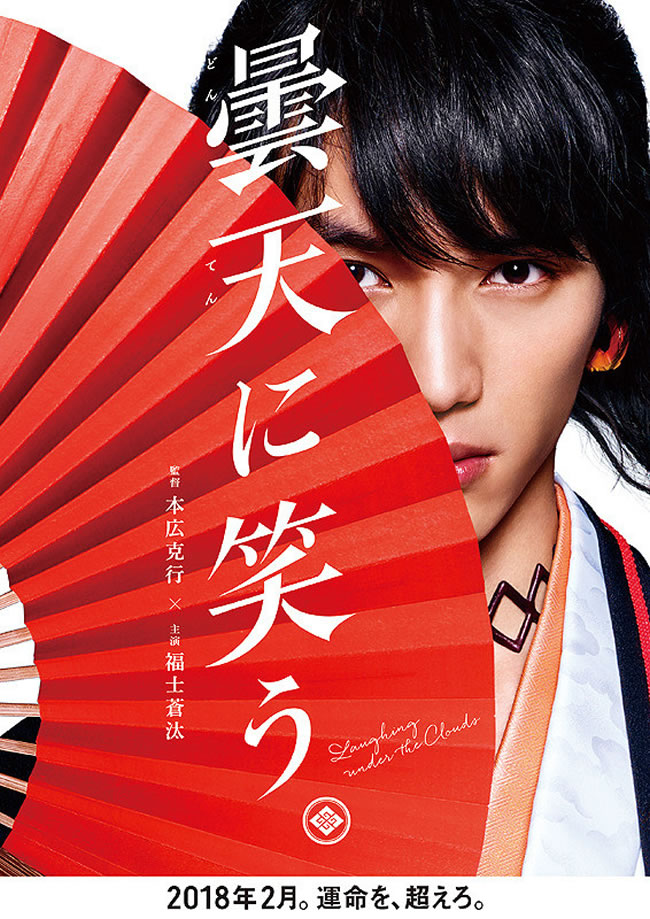 Trailer Impressions: Is there a difference between the trailers? It looks so similar to me – and Fukushi’s mega-grin at the end can either be annoying or fun – depending if you’re a fan or not. I like that Furukawa Yuki presence is felt throughout the 30-second trailer. He always has an amazing presence.

I think Kaye’s analysis of the live-action casting will further explain my views:

Kumou Tenka is set to be played by Fukushi Sota. In age, the two make a nearly perfect match with Fukushi currently only being a year younger than our lead boy Tenka. By the time this movie will see its release, their ages will match completely. But apart from that, I’m a little worried. Surprised as well. Aside from Fukushi’s acting skills not really being up par with the role (imo), we need to remember that Tenka is a main lead. A position he shares with his two younger brothers, Soramaru and Chuutaro. [read more]

Hongo Kanata’s Akagi gets a second season, to be shown this October. Hongo is Shigeru Akagi, a 19-year old ‘legendary gambler’ who started to make a name for himself back when he was just 13 years old. His nemesis is an old gambler and millionaire named Iwao Washizu played by Masahiko Tsugawa (who was memorable as the merchant benefactor of Kento Hayashi in Ginnikan). 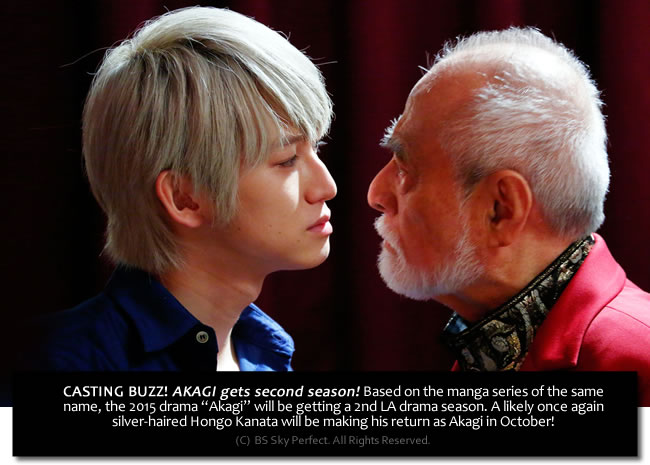 Akagi is the live-action adaptation of a popular manga which OtakuMode mentioned:

More than 10 million copies of Akagi are in print, and it is called a monumental modern mahjong manga. It has been in serialization for 17 years. The drama will depict the life and death game of Washizu Mahjong against Japan’s king of darkness, Iwao Washizu. It will be a representative episode of the continuing serialization, from the eighth tankobon volume to the most current volume. [source]

Hongo also is the lead star in the second season of Love Concierge.

Top Coat’s Sugino Yosuke is part of the cast of Kiseki: Sobito of That Day, making it his film debut. He’s also playing a supporting role in the TV drama (and movie) Ani ni Aisaresugite Komattemasu, featuring Tsuchiya Tao. While he has yet to prove any acting prowess at this time, Yusuke has an undeniable screen presence. In 2018, he is already playing second lead in Anoko no Toriko, with Araki Yuko and Yoshizawa Ryo.

Casting Buzz! Fuji TV just cast the actor, together with Iitoyo Marie for Aoi Tori Nante. The said drama is written by high school student Yuko Kuribayashi and is the winner of the 4th Drama Koshien contest which Fuji TV sponsors. The story revolves around two high school students who barely knew each other, but an incident involving a ‘bluebird’ brought them together. Will their friendship bloom into something more intimate?